Echofon for Firefox, a popular Firefox extension that lets you easily access Twitter while browsing the web, has now released a beta of the next major version of Echofon for Firefox. The update includes a redesigned interface, full Firefox 4 support, user streams support (coming soon, pending approval from Twitter) and many other features. 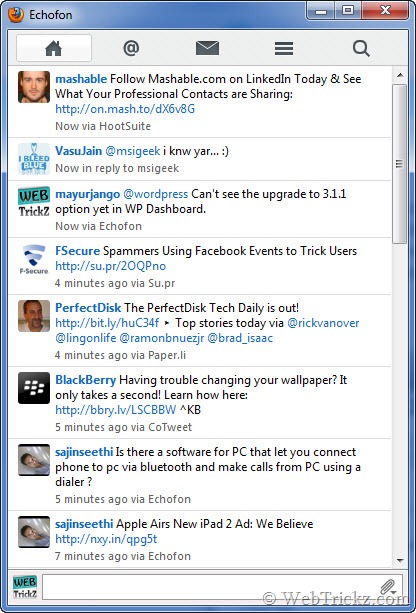 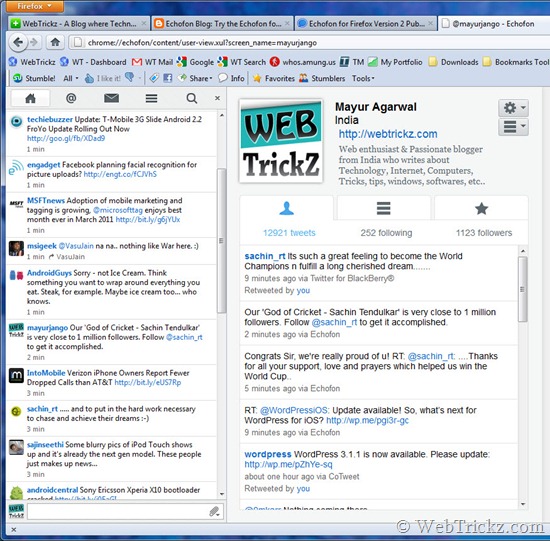 This version has a newly design interface that can be used as a sidebar integrated into your browser window or in window mode which puts the app in a standalone window. In addition there are countless UI enhancements including inline photo preview and subtle unread tweet indicators.

We’ve added many of the great features present in Echofon for Mac and iOS to this version of Echofon for Firefox. You can mute clients, users and hashtags (mute settings sync between devices). Photo previews and photo popups make browsing media a joy. This version includes tabs for search (with trends, and saved search support) as well as lists. There is also a new conversation view and user view. View a user’s tweets, lists, favorites, followers etc.

We’ve built in support for user streams which allows you to view tweets immediately when they are posted without reloading. (Note: This feature is disabled for now, pending approval from Twitter)