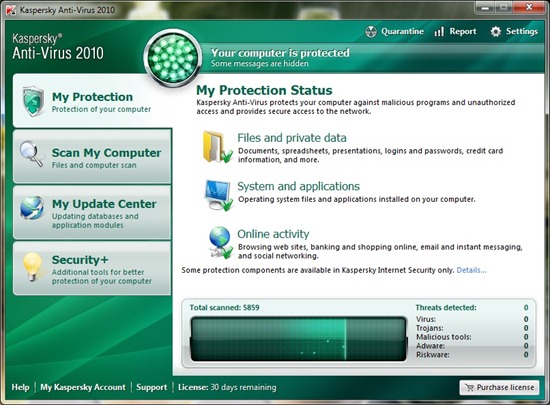 You can easily upgrade to the latest build (2010) of Kaspersky for Free if you have a valid license for your Kaspersky Antivirus and Internet Security.

You can use your current activation code (license key) of KIS 2009 & KIS 7.0 to migrate to the latest version of KIS 2010. A valid license of a similar product is required.

You can use your current activation code (license key) of KAV 2009 & KAV 7.0 to migrate to the latest version of KAV 2010. It requires you to have a valid license for products.

You don’t need to uninstall your current Kaspersky product in order to install a newer version. Just visit this page: http://www.kaspersky.com/productupdates. Download and install your desired product. The activation information is automatically saved and relocated to the new version.