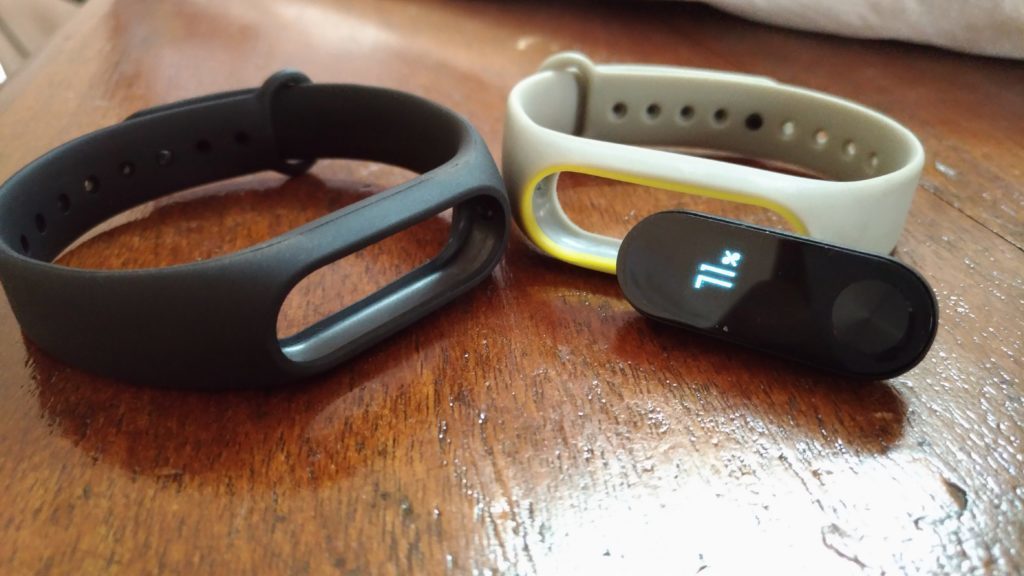 Fitness trackers are in demand but not everyone is willing to shell out a whole lot of money on it. And hence there are tons of them out there that wouldn’t pinch much on your wallet but get the job done well. And one of the best ones in that game of affordable fitness trackers is the Mi Band that was and is one of the best-selling fitness bands across the world. This year saw the much anticipated Mi Band 2 and as rumored for a while, it came with a major upgrade compared to its predecessor – a display screen. Although the availability of the Mi Band 2 is currently limited to Chinese markets, there are sites like AliExpress, Banggood, and Gearbest that let you import it easily but you’d have to shell out a little more than the official price.

So is the Mi Band 2 still worth the price for the additional price you’d pay if you weren’t in China? Does it form a worth successor to the original Mi Band? We’ve used it for almost a month now and have been getting tons of questions. So we decided to split the review points into a set of FAQs that covers them all. Here we go:

What is the price range on the above-stated websites? Any custom charges involved?

The prices may vary but at any point in time, you should be able to strike a good deal for 30-35 USD. Most of the above-mentioned sites ship fast. Since the price is lesser there are usually no custom charges involved. We ordered the Mi Band 2 from Banggood which cost us 2600 INR including shipping and it was delivered within 10 days.

What are the contents of the Mi Band 2 Box?

The packaging is a typical Xiaomi one that is a small square box that has the following packed in it:

What is the length of the band and the weight of the console?

The total length of the band is 235mm while the adjustable portion of it is around 155-200mm. The weight of the console is just 7 gms!

What is the battery capacity of the band? And how long does it last?

Mi Band 2 has a 70mAh Li. Po battery that is sealed. Xiaomi promises 20-30 days of battery life for varied usage patterns. In our tests that had the phone hooked to the band all day long with alerts for calls and notifications turned on. It lasted for around 21 days which is not bad at all. It is of course not as good as the Mi Band 1 but there is also the display now and considering that 21 days is impressive!

Is the Mi Band 2 water and dustproof? Does it work well?

Yes, the Mi Band 2 is IP67 certified i.e water and dust resistant. We did try the band during a shower and in rain and there were no damages. It worked like a charm. Of course, you should never dunk the band into water.

Does the Mi Band 2 work with iPhones as well?

Yes, the Mi Band 2 works with Android devices with OS versions 4.4 and above and iPhones with iOS 7 and above.

The Mi Band 2 works with the Mi Fit app. There is an option to sync the data from the Mi Fit app to the Google Fit app and you can track it from there. Following screens show the simple steps and it works like a charm.

How is the display? Is it visible under sunlight? Is it tough enough?

The Mi Band 2’s display is a 0.42″ OLED display which has scratch and fingerprint-resistant glass. The visibility under the sun too is good and we never had to struggle on the readability front.

How does one operate the band?

The display has a round capacitive button. Touching it each time will toggle across different options. This works very well, and a subtle tap works too.

What all can be seen via the display? 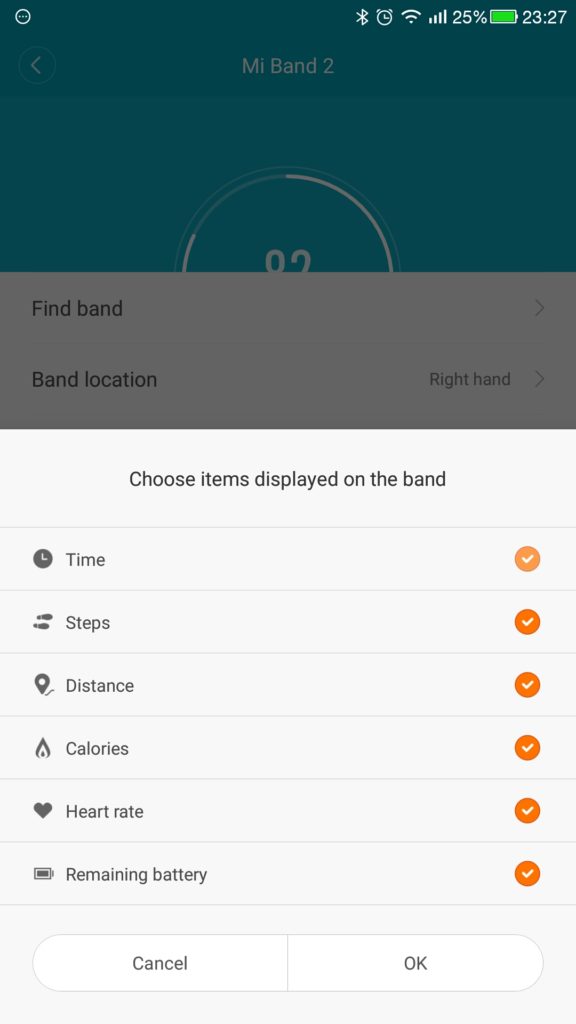 The Mi band 2 will display the following info. Some of them have to be enabled via the Mi Fit app:

Getting the display to turn on is as simple as simply raising your wrist and it would turn on momentarily to display the time.

How is the strap as compared to the Mi Band 1?

The strap quality itself seems to have improved. It fits well and there is no hint of any irritation or poking once you wear it. It is also very light and the button snaps on nicely. It’s a snug fit and there was never once we felt it would fall off.

Does the Mi Band 2 support notifications on the display? If so what can we expect? 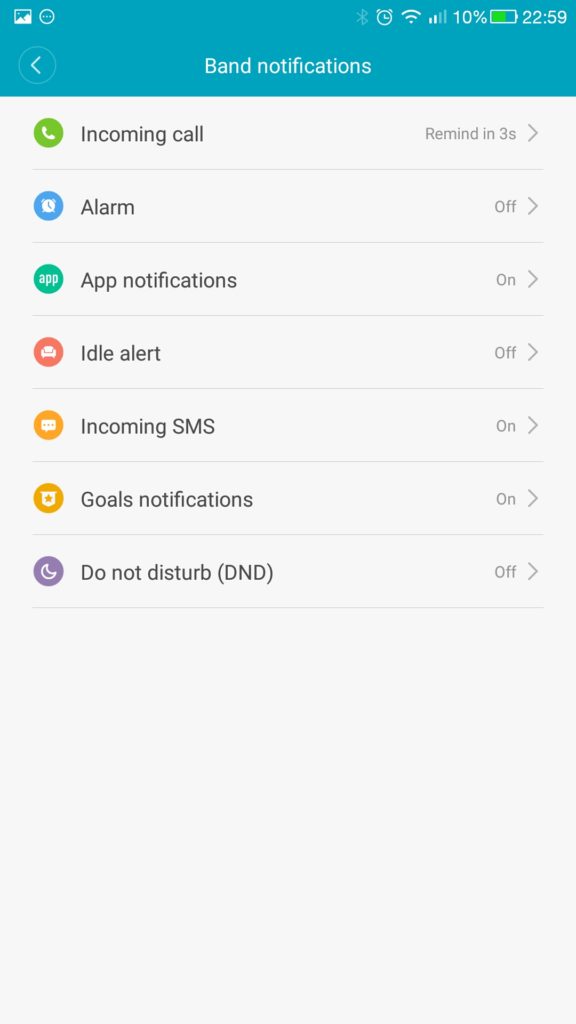 Yes, it does support notifications when hooked up to the phone. Tough the actual app icon wouldn’t appear, it merely displays the same icon for everything with a vibration (there is a different earphone icon for the calls along). The following are available:

How is the accuracy of the Mi Band 2?

When it first came out, and we compared it with Fitbit Charge HR there was at least a 30-35% difference but with recent updates, the Mi Band 2 has gotten way better and the difference has reduced to less than 10% which is impressive for its price. No band is 100% accurate and an up/down of 8-10% should be acceptable.

If you’re walking around with a coffee cup in your hand or talking over the phone or have hands in the pocket, expect some slip in the steps counts.

Does the Mi Band 2 has GPS support?

Nope, there is no GPS onboard the Mi Band 2.

How good is the sleep tracker?

Though there is no way for one to test if their readings are totally accurate, I made some changes to my sleep patterns and it did make me feel better subsequent mornings! This meant the Mi Band 2 was nudging me to move towards more deep sleep showing those readings. Useful stuff!

How good is the band and the app in terms of motivational factors?

Though the Mi Band 2 periodically vibrates if you do stay inactive for a long while, it’s just that. There is nothing truly enticing on the display or on the app that motivates you. Of course, one can set goals and you’d get a mild appreciation but when the entire game of the fitness band is to keep you motivated, the Mi Band 2 can do a little more on that front in our opinion.

How is the Heart Beat sensor? 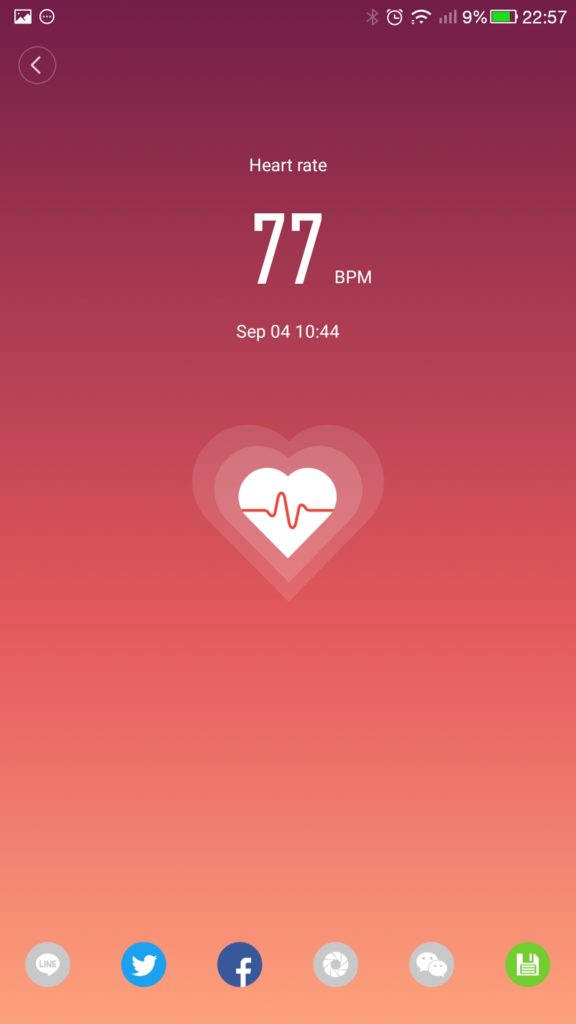 Truth be told, it’s not reliable at all. Many times it wouldn’t even show the result. There are times when the readings are highly bumped up. You are better off not relying on this. It was pretty much expected at this price.

Would you recommend the Mi Band 2?

Undoubtedly YES! If you see above, the GOOD easily outweighs the BAD.