Xiaomi has announced the availability of their entry-level budget smartphone ‘Redmi 1S’ in India that will go on sale on 2nd September. The Redmi 1S has now been priced at Rs. 5,999 which is Rs. 1000 lesser than its initially announced pricing. Just like Mi 3, the Redmi 1S will follow the flash sales model, will be sold exclusively on Flipkart from Sep 2nd and registration to buy it will open today, starting at 6PM. Redmi 1S is a very strong competitor to the similar budget phones in the market; such as the likes of Moto E, Asus Zenfone 4 and Moto G. The 1S is expected to create a much bigger hype and will certainly surpass Mi 3 in sales. After considering its amazing specs and a highly affordable price of Rs. 5,999, the Redmi 1S shall be easily considered as the ‘best value for money phone’ and a serious threat to its rivals. 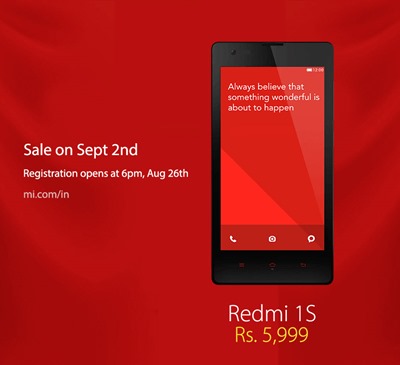 Xiaomi Redmi 1S sports a 4.7” IPS display with a screen resolution of 1280 x 720 at 312ppi, is powered by a 1.6GHz Quad-core Snapdragon 400 CPU, Adreno 305 GPU, and currently runs on custom MIUI ROM based on Android 4.3. It features a 8MP rear camera with autofocus and LED flash with support for Full HD video recording. There is a 1.3MP front-facing camera for selfies that supports 720p video recording. The 1S comes with 1GB RAM, dual microphone (secondary for noise reduction), 8GB of internal storage, expandable storage up to 64GB via microSD card, and packs a 2000mAh removable battery. The phone has Dual-SIM capability (3G and 2G) and the display equips Dragontrail glass. Connectivity options include: Wi-Fi 802.11b/g/n, Bluetooth 4.0, GPS with AGPS+GLONASS, and USB OTG. 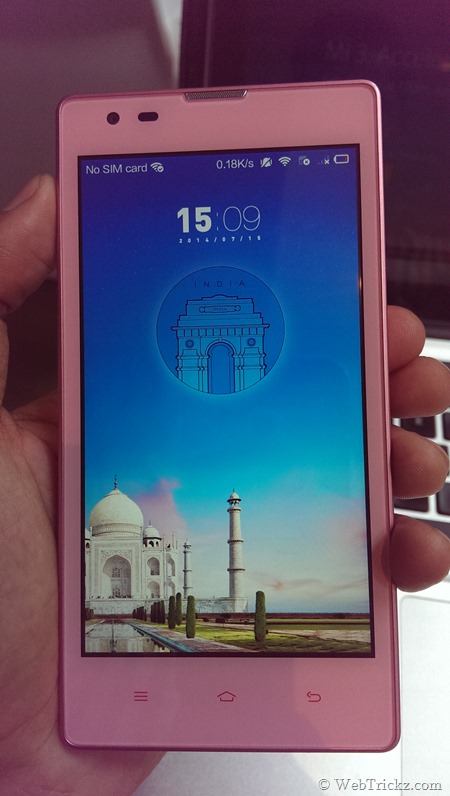 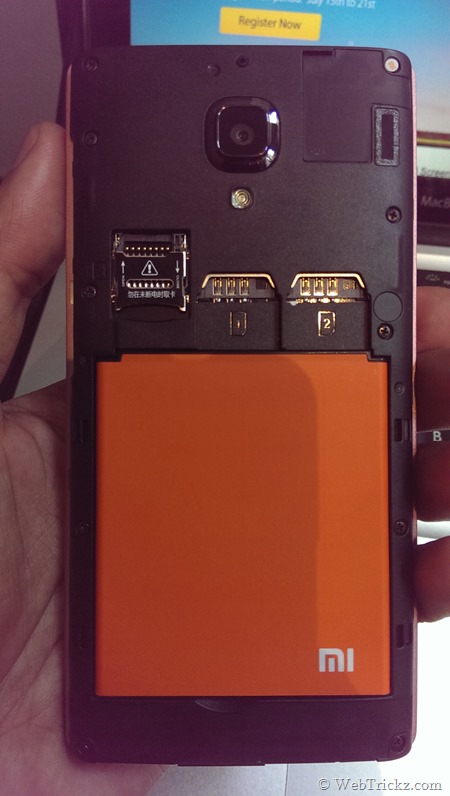 Unlike the Mi 3, the Redmi 1S features Dual-SIM and expandable storage which is often considered as a must have for most buyers in India. Those interested in 1S can register for it on August 26th from 6PM onwards and make the purchase on sale day, i.e. 2nd Sept. We really wish Xiaomi makes abundant units of Redmi 1S available for users unlike the Mi 3.

~ Register for Redmi 1S on Flipkart

How to Mirror Xiaomi Mi 3 to TV with Chromecast

How to Stop Notifications While Watching Videos on iPhone