Microsoft has gone a step ahead in order to defeat illegal Windows 7 users who are using non-genuine, cracked, and pirated versions of Windows 7 OS. A WAT (Windows Activation Technologies) update is now live on Windows update which aims to detect more than 70 activation exploits.

KB971033 update for WAT helps detect validation errors, activation exploits, and any tampering attempts made to important Windows 7 system files. Be aware that some counterfeit copies of Windows include malware. 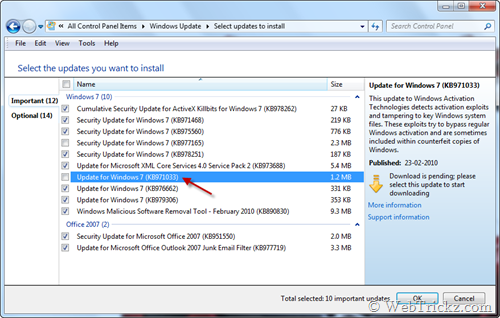 Note – It is advisable not to install this update if you’re running non-genuine Windows 7. You can easily avoid it by hiding it from Windows update.

Disclaimer: We always advice you to run a genuine copy of Microsoft Windows.

How to transfer Chrome bookmarks to Opera?

How to transfer Chrome bookmarks to Opera?