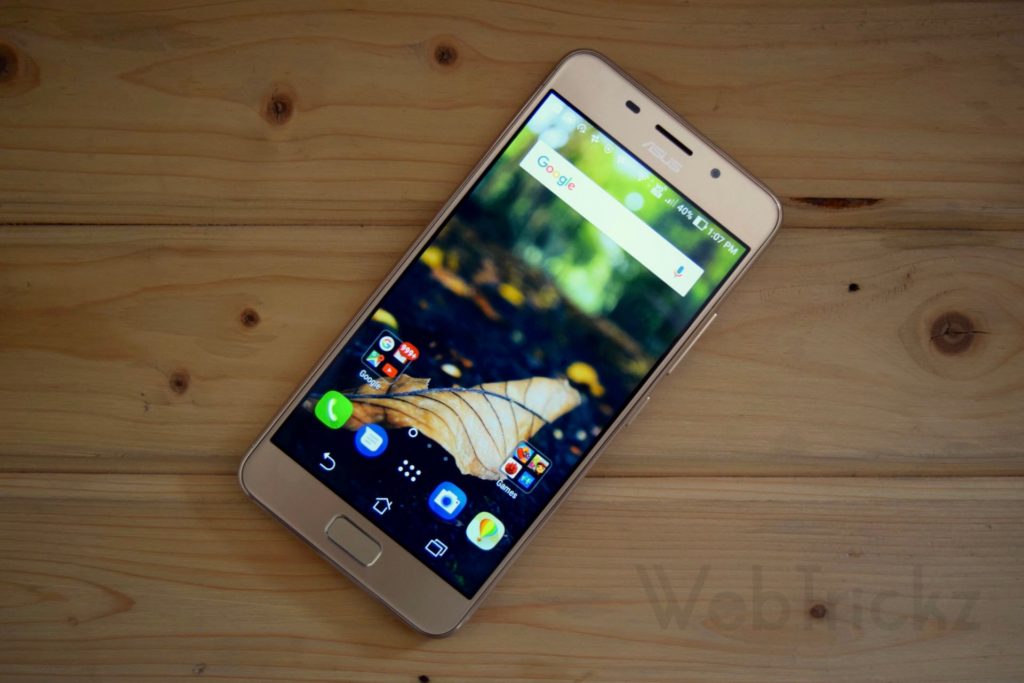 A couple of months back, we reviewed the Asus Zenfone 3 Max and you’d be surprised to know that its 5.2″ variant has a successor already in the form of Zenfone 3s Max (ZC521TL). The 3s Max was sent to us by Asus for review prior to its official launch in India and those interested can check our first impressions on it, posted a while back. For those unaware, the main highlight of the device is its massive 5000mAh battery packed in a stylish and compact form factor. The 3s Max comes with a revised design when compared to its siblings from Zenfone 3 series. We’ve been using the Zenfone 3s Max for over 2 weeks now and are here to share our full review and verdict on the same.

Besides the huge battery, other highlights of 3s Max include:

The Zenfone 3s Max follows a different design language that stands out from the rest of the devices in the Zenfone 3 lineup including the Zenfone 3 Max. And the change is for good, let’s find out how! It sports a metal body that looks premium unlike the first generation Zenfone Max that had a plastic build. The Fingerprint sensor is placed on the front and is integrated with the rectangular-shaped physical home button. However, the Fingerprint sensor is not an active one which means the home or power button needs to be pressed before you can scan your fingerprint to unlock the device. The non-backlit capacitive keys aren’t present anymore and have been replaced with on-screen navigation keys. The top portion of the display houses the earpiece, front camera, standard sensors, and a LED notification light.

The right side holds the power button and volume rocker in place which is easy to reach and offers nice tactile feedback. The Hybrid Dual SIM tray is on the left that supports a micro SIM + nano SIM or microSD card. The 3.5mm audio jack is on the top whereas the microphone, micro USB port, and speaker grille are at the bottom. The top side also seems to secretly house one of the antenna bands which looks neat. Coming to the back, the camera along with a secondary mic and LED flash is located on the top left corner, a position rare to find in Chinese devices in competition. Asus branding is there on the front and back.

The 3s Max features a smooth matte finish across the back that feels nice but is quite slippery too. With a display sized 5.2-inch, the handset is not too big and bulky besides holding a 5000mAh battery making it handy to carry. At the same time, it weighs 175 grams and thus the device can feel heavy under prolonged usage. The phone has rounded corners and the back is slightly curved towards the edges, making it comfortable to hold. Technically, it has a screen-to-body ratio of 75% as compared to 67.7% on its predecessor, Zenfone 3 Max (ZC520TL).

Overall, the 3s Max sports a good build that feels solid unlike other Chinese phones in close competition. Comes in Black and Gold color. 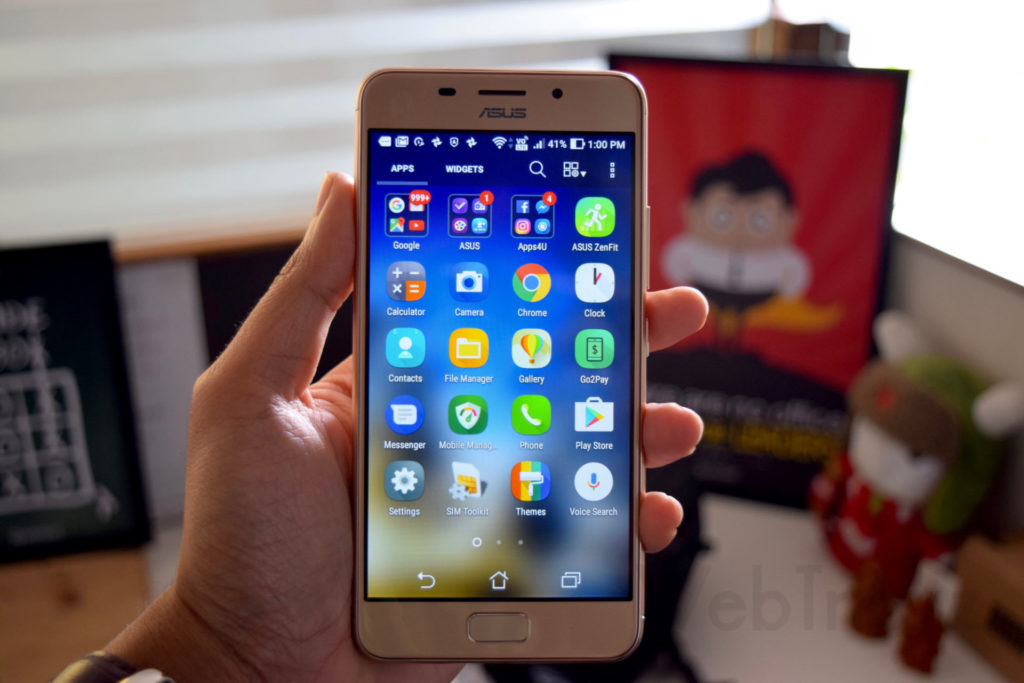 The Zenfone 3s Max comes with a 5.2-inch HD IPS display at 282ppi. Though its screen size is ideal for most users, the 720p display is a big downside considering almost all other devices in a similar price range offer a 1080p display. There is a 2.5D glass on top but we’re not sure of the glass protection here. Asus has probably gone with an HD display on the 3s Max to further increase the battery life. The display looks bright with good color saturation and the viewing angles are also decent. Asus has not included the ‘Screen color mode’ setting for color calibration on this phone. The touch sensitivity lacks accuracy and we had to tap longer at times to get it working. Overall, the display is satisfactory. 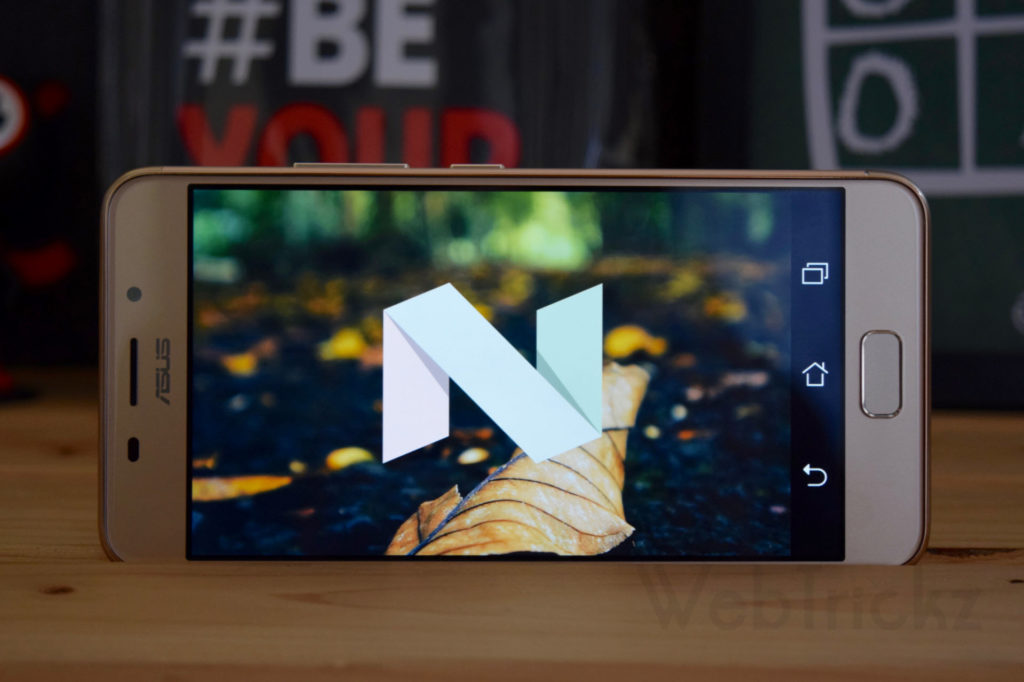 The Zenfone 3s Max is the first Asus phone to run on Android 7.0 Nougat out of the box. Similar to other Asus phones, it has a heavily customized ZenUI 3.0 skin on top with the standard set of Asus apps.

The software features from Nougat are clearly visible once you start exploring the phone’s UI. These include improved and bundled notifications, multi-window mode, quick switching between recently opened apps (using the multitasking key), and the updated settings menu. Pulling down the notifications panel expands the quick settings toggles that now have a translucent effect and looks pretty slick. The split-window feature is practically not useful as the screen isn’t that big and hence it makes sense to operate only one app at a time.

In addition to the native Google apps, there are pre-installed apps such as Facebook, Messenger, Instagram, and Duo that can’t be uninstalled but you can disable them. Besides this, there are a host of features and custom settings in ZenUI 3.0, some of which include: One-hand operation mode, Bluelight filter, ability to Lock and Hide apps, Themes, Icon packs, Intelligent power saving modes, UI modes such as Easy mode and Kids mode, etc. The gallery app offers rich editing options and smart settings that eliminate the need to use any 3rd party app.

ZenMotion offers some nice gestures that come in handy especially in a single-handed mode such as double tap to wake/turn off the screen and swipe up to wake up. One can easily take a screenshot by tapping and holding the recent apps key (option needs to be enabled first in the Screenshot setting). Unlike MIUI, there is no option to lock/unlock specific apps using the fingerprint sensor which users can get using a 3rd party app. 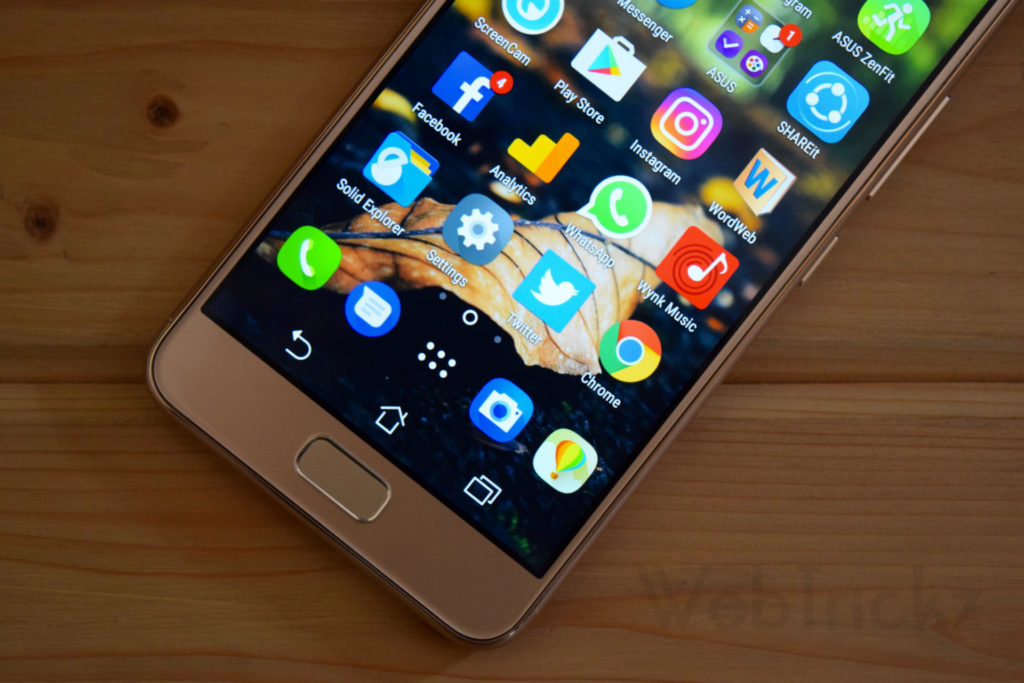 The 3S Max is powered by a MediaTek MT6750 processor which is an Octa-core chipset clocked at 1.5GHz and is coupled with Mali T-860 GPU. The phone runs on Android 7.0 Nougat with flavour of ZenUI 3.0. Under the hood, it packs 3GB of RAM and 32GB of storage that’s expandable up to 2TB using a microSD card. Out of 32GB internal storage, the free usable space amounts to 23.65GB.

As expected, the MediaTek processor here is average resulting in a fairly good performance. The device performs well in everyday tasks like calling, using a bunch of social media apps, clicking pictures, playing music, etc. but it clearly shows signs of struggle under heavy usage patterns. There was a slight delay when opening several apps in a row and the device tends to lag while switching between apps. With over 25 apps running in the background, the phone turned a tad slow and the free memory amounted to 1.2GB out of the total 2.7GB.

In terms of gaming, the device performs well up to a certain limit. Playing graphic intensive games like Asphalt 8, Deal Trigger 2 resulted in frequent stutters but games like Candy Crush and Subway Surfers performed well. The phone doesn’t heat up under normal usage but may get warm when subjected to intensive tasks for a prolonged period. The benchmark scores aren’t any impressive either as the device clocked a mere score of 39348 in AnTuTu, 567 (single-core), and 2367 (multi-core) in Geekbench 4.

The fingerprint sensor isn’t very fast and can be a bit inaccurate at times where it fails to recognize the finger. Most of the time we had to properly rest the entire finger on the button before the device can be unlocked.

The 5-magnet mono loudspeaker at the bottom produces a pretty loud sound but is average in sound quality. The audio output isn’t so crisp and the sound tends to creak at the highest levels of volume. In terms of connectivity, the phone supports dual-band Wi-Fi, 4G LTE with VoLTE, Bluetooth 4.0, and GPS.

The Zenfone 3s Max has a 13MP primary camera with f/2.0 aperture, real-tone dual-LED flash, PDAF, and support for 1080p video recording at 30fps. The camera UI is the typical ZenUI one with standard settings and lots of shooting modes like HDR Pro, Beautification, Super Resolution, Low Light, and Timelapse. There is a Manual mode too that technical users can switch to directly from the main UI.

Talking of the camera performance, the photos shot in daylight conditions came out pretty good with decent color saturation levels. The indoor shots although looked decent but tend to lack details when looked at closely, especially on a bigger screen. The colors look overall good without much software enhancement but photos taken in low-light had a moderate level of noise. Moreover, we often had a hard time manually focusing on the subject in partially lit areas and the image loading took longer than usual when photos were viewed directly for camera UI right after clicking.

There is an 8MP camera on the front with a wide-angle lens that clicks decent selfies. The selfies taken in indoors and low-light conditions were pretty grainy despite the Beautification mode being enabled.

Needless to say that the key highlight of Zenfone 3s Max is its 5000mAh battery which is higher as compared to 4100mAh on Zenfone 3 Max. The phone has a 720p display that helps in delivering a great battery life and Doze mode in Nougat adds to it. In our test, the phone easily lasted for more than 2 days under moderate usage which involved basic day-to-day tasks. Under heavy usage pattern, the phone battery lasted for an entire day with ‘Performance mode’ enabled.

A set of battery-saving modes are included that helps in extending the battery life further. The Super saving mode disables the networks to maximize the standby time and the Smart switch option lets users intelligently switch to Power saving mode. Also, the ‘Power saver’ function in Power Management scans and suggests the optimizations to boost battery life further in a few taps. The only gripe is that the 3S Max doesn’t support fast charging and charging the phone from 0-100% took over 3.5 hours with the supplied 2A charger.

Just like other battery-focused smartphones, this one too comes with reverse charging that lets you charge any other device using your phone but we feel that’s of no use considering the slow charging rate.

The Zenfone 3s Max is priced in India at Rs. 14,999 which is pretty high when compared with the competition. The phone already has multiple rivals in the form of Redmi Note 4, Coolpad Cool 1, Honor 6X, Moto G4 Plus, and Lenovo K6 Power that feature better hardware in terms of performance and fall in a similar price segment. However, the 3s Max is a preferable choice for consumers who want a smartphone that can free them from low battery woes in everyday life without compromising on looks. The phone truly stands out in delivering an extended battery backup but at the same time, it’s considerably weak in terms of performance, followed by display and camera that aren’t impressive either. Though it has a feature-rich UI, the bloatware and pre-loaded apps could hinder the overall experience. But the main highlight of Zenfone 3s Max remains its 5000mAh battery packed in a stylish and compact design, keeping you unplugged for over 2 days. In simple words, it’s a battle between Want and Need!