You all must have heard about the name Coolpad when it comes to Chinese smartphone makers. They are among the top 10 sellers in China and also known in the context of Yu Yureka which was termed as a rebrand of one of Coolpad’s phones. It was never officially announced that way but many articles on the internet seem to hint that. With so many phone makers entering India in the recent past, Coolpad also times its entry in a time that is closer to one of the biggest and grand festive seasons here called Diwali. Recently, Coolpad launched the Note 3 phone and we have been using it for close to a month now and are here to report to you the findings we made in its full review. 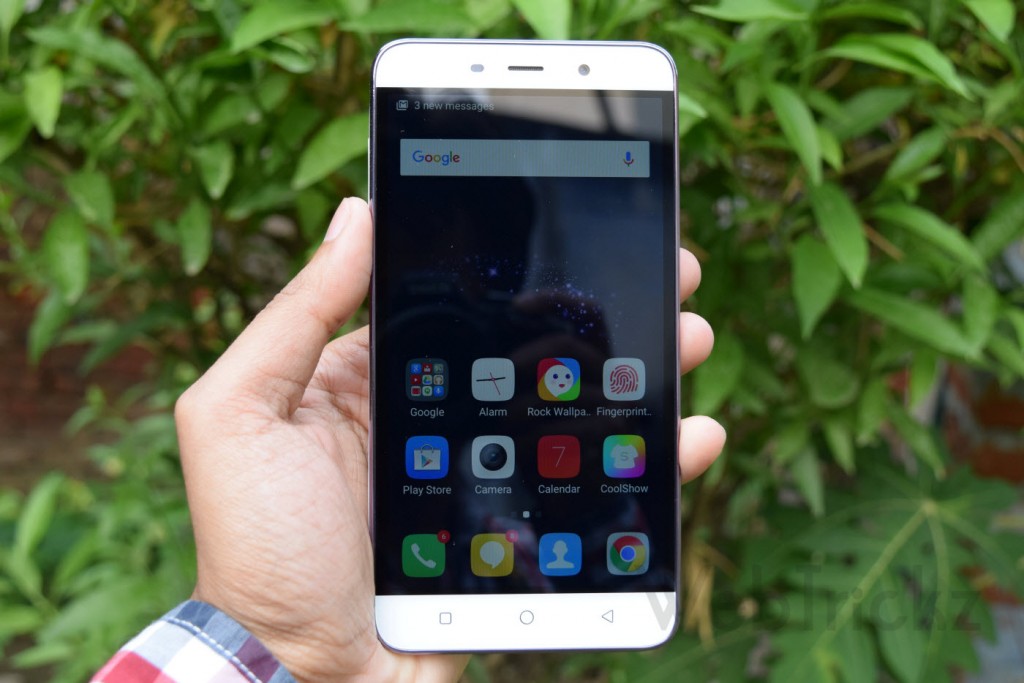 Comes in a white box made of good quality with Coolpad branding on the top. Box contents include:

The design of the Coolpad Note 3 sticks to basics as it is a budget phone. The overall build is based on plastic and the phone comes with a good-sized battery also which means the phone will be thick, as much as 9.3mm. And since the display is big at 5.5″ with some real thick padding on the top and bottom, the phone is heavy weighing as much as 150 gms. The edges have big curves that ensure ease of use by offering a good grip. One highlight of the phone is the chrome edge which saves the design from looking too basic. The bottom portion has 3 capacitive buttons without a backlight but they shine well in daylight. The chrome edge and these buttons provide the phone with some good looks. The polycarbonate back cover features a soft matte finish that feels good in the hands. From a distance, the Coolpad Note 3 does look like a luxury phone in the white color it comes.

There is a power button on one side and volume controls on the other. Both work well but we don’t like the left side placement for the volume rocker as it isn’t really convenient to access with right-handed usage.

At this price range, there is a surprise in the package. The Coolpad Note 3 comes with a fingerprint scanner that is neatly placed at the back of the phone, we will come to this in the later part of the review. The rear camera is a circular-shaped lens surrounded by a chrome ring that looks aesthetically nice. 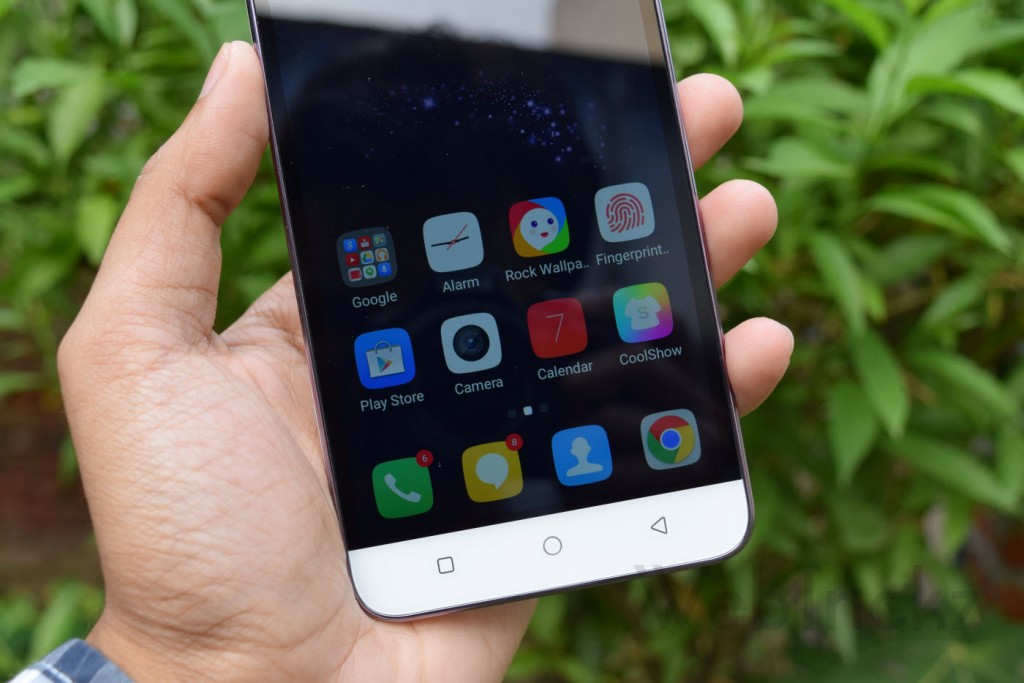 The display consists of a 5.5″ IPS LCD screen with an overall resolution of 1280 * 720. There is no Gorilla protection for the screen but has a NEG layer that prevents it from scratches. The screen is highly reflective and if you use it directly in the sun it will be very difficult to view the content of the screen and you will be forced to push the brightness to its fullness. But apart from that one issue, the screen is very vibrant and colors come well. Even with the lowest level of brightness, it is very readable and this will come very handy when you are using the phone at night when the usual struggle happens – adjusting the brightness so it doesn’t hurt your eyes. Good job is done here by Coolpad.

Hardware inside the hood: 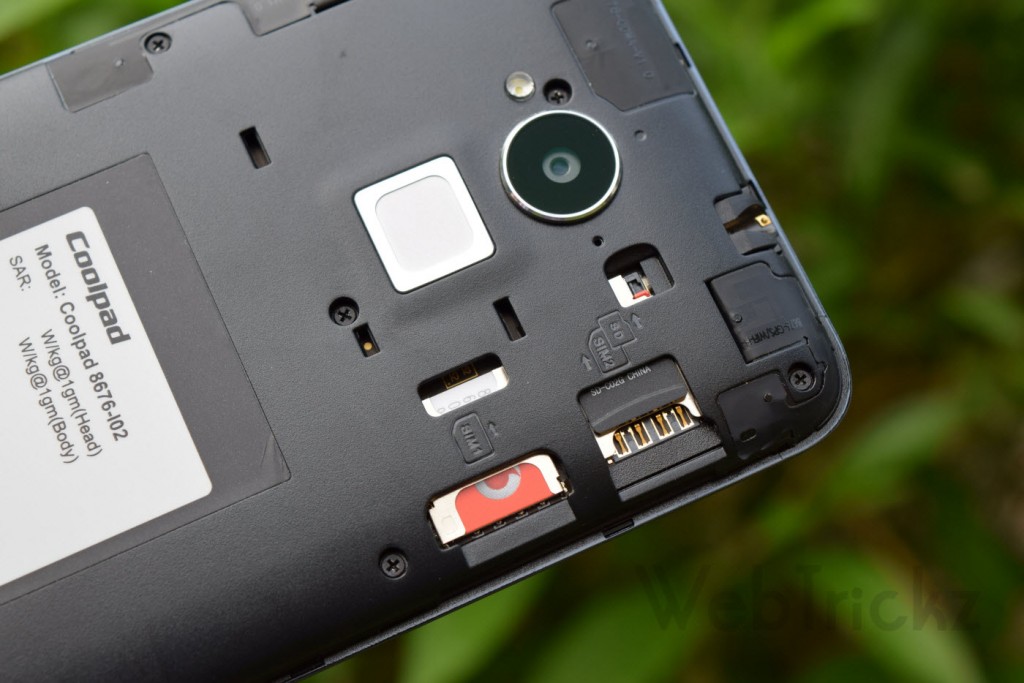 The Coolpad Note 3 is making use of the MediaTek MT6753 Octa-core processor clocked at a speed of 1.3 GHz and Mali-T720 GPU. The phone comes with 3 GB of RAM which will empower the phone a lot. 16 GB of internal memory is what it will have inside and a little more than 10 GB is available for the user. This can be expanded up to as much as 64GB using a micro SD slot at the back of the phone. You can also find the dual micro-SIM slots with the micro SD slot and this supports 4G SIMs. Alongside is also the massive 3000 mAh battery that will run the phone housing Android 5.1 based Cool UI. The highlight of Note 3 is 3 GB RAM which is usually found only in higher range phones above 15K INR. 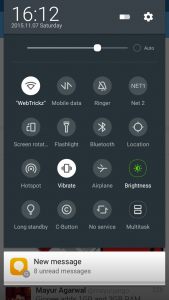 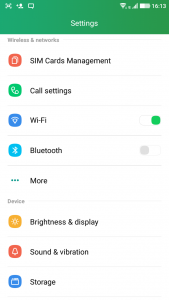 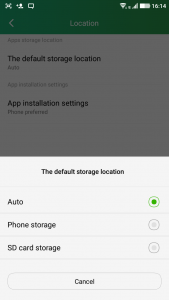 As mentioned earlier, the Coolpad Note 3 runs on Cool UI which has lots of features added into it and we will list them in quick points: 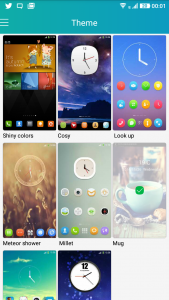 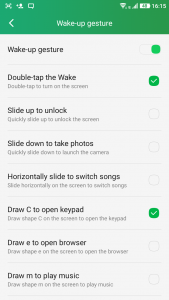 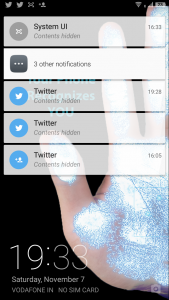 Overall the performance of the UI and OS was very satisfactory and this is where we see the 3 GB RAM comes into play. On a medium to heavy usage, we never saw the RAM usage hit its full which means there is good handling of the jobs.

For the sake of simplifying, let’s split the performance across various features for you: 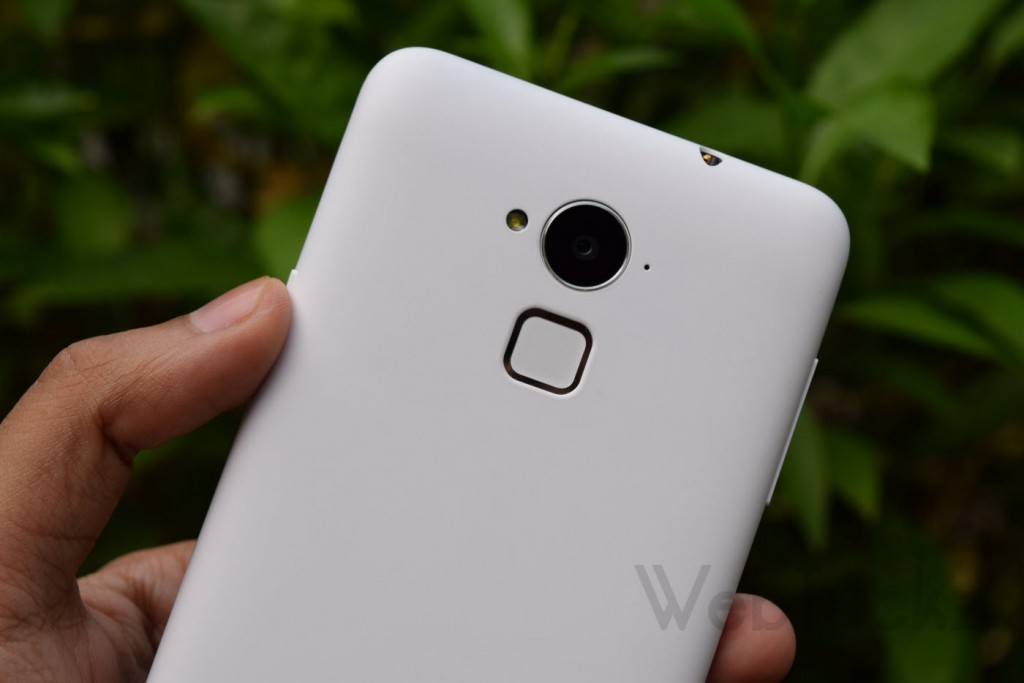 The 13MP primary camera managed to shine in its work when it was daylight. Pictures were slightly saturated but many times things were slightly blurred exposing the weakness of locking focus on the subject. But 9 out of 10 times you will not complain. But in low light conditions, there are lots of grains but surprisingly exposure was well handled. The camera app is pretty basic and we never found much difference in AUTO and HDR mode. Panorama option is also available and works well. Videos are just ok and struggle a bit in focus while moving. The 5MP front camera is good enough for taking good selfies and sharing them on your social media. Below are some camera samples to give you an idea.

Coolpad Note 3 is sold at 8,999 INR in India. At this price, for the features it offers like 3 GB of RAM and a very well working Finger Print scanner and decent build quality, that too for a phone that looks as if it’s a premium phone – “go buy it” is what we say. But do consider the weakness of the phone which is to be found in other phones in its price range also. Yu Yureka, Redmi Note, K3 Note, and all are also not very strong when it comes to signal strengths and loudspeakers. But not all of them have overheating issues. If you are not into heavy gaming and have a keen eye for photo clicking, this is the phone for you.