Is your Android phone running out of space and thus showing the error message ‘Insufficient storage available’ every time you try downloading or updating an app from the Google Play Store?

This issue is mostly seen on Android phones with low internal storage and even on devices like Samsung Galaxy Note with 16GB of built-in storage but partitioned. This means only a small portion of this space is dedicated to ‘System memory’ while the remaining space is meant for data, referred to as ‘USB Storage’.

As you may know, by default several Android apps are installed on system/ phone memory which eventually results in low internal memory, regardless of how much space is there on your internal SD card. 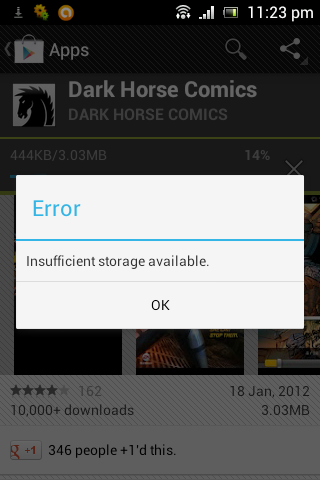 There are various ways to increase internal space on Android, but that varies according to your device. Some of the methods are listed below, use what works best for you.

This will restore heaps of storage space by deleting all the log files in the device memory. It doesn’t require root either.

For instance, we were able to restore 500MB of system memory on the Galaxy Note. 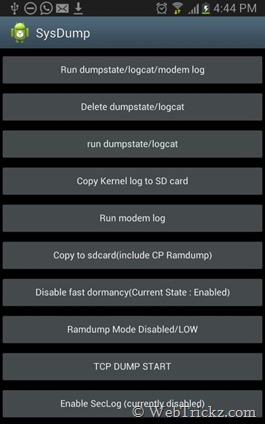 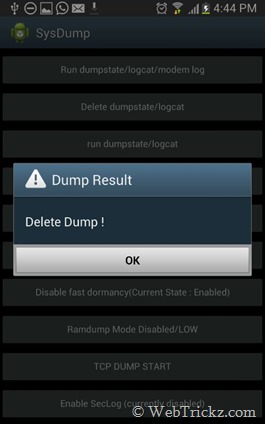 2. Move Apps to USB storage or an external SD card

This is one of the most efficient ways to free up system storage. You can manually move most apps from phone memory to internal memory by using the built-in “Move to USB storage” option from the Manage Apps menu.

If the option isn’t available, then use a third-party app like App 2 SD to batch move apps. If your phone is rooted, then Link2SD is a much better app with extended functionality and the option to move non-movable user apps as well.

Go to Menu > Settings > Applications > Manage applications > Menu > Sort by size. Then open the highest memory-consuming apps and either Clear cache or Clear data as desired. (Note: Clearing data will remove the app settings and data). 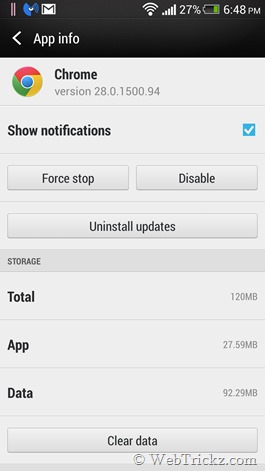 Android 4.2 Jelly Bean comes with a useful option that lets you delete cached data for all apps at once. This was possible earlier too but one had to manually clear the cache for every single app, hence the task being tedious.

To Clear cache, go to Settings and open Storage. Then tap on the “Cached data” option and select OK. The benefit here is that you can see the total cached data size prior to deleting, hence it’s your decision to clear it or not. 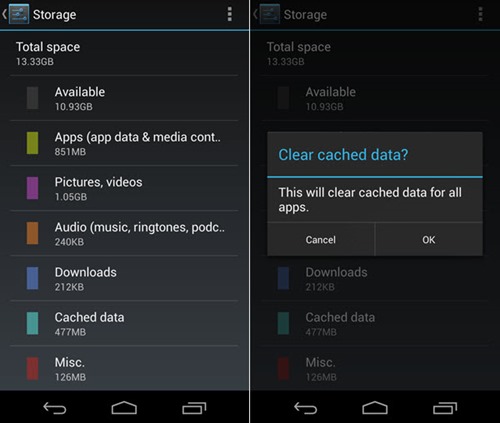 Change the default installation location to the SD card for all the user-installed applications.

This is an obvious way to free up space which you can simply do by removing all the inactive apps.

It is advisable to remove apps stored in phone memory and bloatware apps that come pre-installed can be removed after rooting the phone using “Titanium Backup”.