HTC U11 – Overview and Hands-on Photos 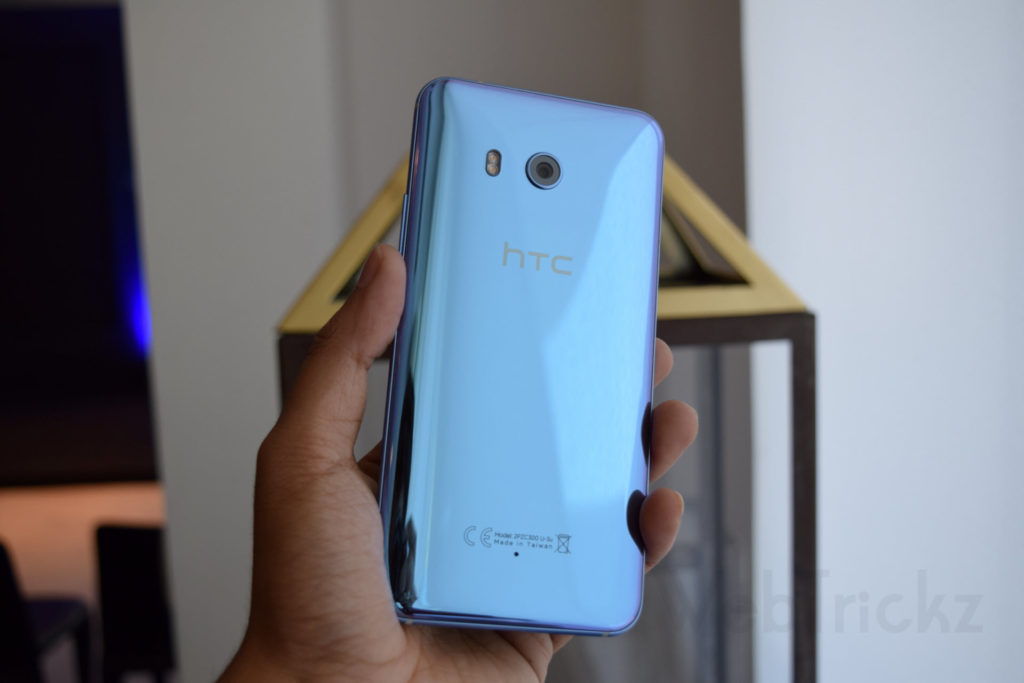 A month after its global launch in Taipei, HTC launched its squeezable flagship “HTC U11” in India yesterday. The U11 is the third smartphone in HTC’s U series after the U Ultra and U Play. In India, the company has launched the 128GB variant that comes with 6GB RAM, at a price of Rs. 51,990. The phone will be available on Amazon.in and offline stores in India from the last week of June, in Amazing Silver and Brilliant Black colours. The key highlight of the U11 is its one-of-a-kind “EdgeSense” technology and the device is powered by a Snapdragon 835 processor. We got our hands on the device at the launch and are here to share our first impressions with the HTC U11.

At first glance, the U11 poses a striking resemblance to its siblings, the U Ultra and U Play as all of them flaunt a similar exterior design, which HTC calls “Liquid surface”. Both the front and back have a 3D glass that looks highly glossy and is super refractive. The rear glass is seamlessly curved around the sides and edges, thus making a perfect blend between glass and metal. The curved back offers a good grip and the phone is pretty comfortable to hold. However, the glass back makes it quite slippery and it’s a fingerprint magnet but cleaning the smudges was easier than we thought. The U11 is also water and dust resistant with an IP67 rating.

Coming from Galaxy S8, we found the bezels to be huge which is one area HTC needs to work upon. The phone sports a 5.5-inch Quad HD (2560 x 1440 pixels) Super LCD 5 display with Gorilla Glass 5 protection. There are backlit capacitive keys and the fingerprint sensor is integrated with the home button. The power and volume rocker are on the right side whereas the left side is completely bare. The Hybrid SIM tray sits on the top while the Type-C port (for charging and audio playback) along with the speaker resides at the bottom. The phone has around 4 microphones to record audio from all directions to assist Acoustic Focus. There is no headphone jack but HTC bundles an adapter to use your conventional 3.5mm headphones. On the back, there is a circular camera module without any bump, and right below is HTC branding.

Moving to the key aspect, the HTC U11 features EdgeSense that lets you interact with the phone by squeezing the pressure-sensitive sides. This means users can launch the camera, take photos, send texts via Voice to Text, launch favourite apps, take screenshots, and even turn on/off the flashlight by simply squeezing the lower half edges of the phone. In EdgeSense settings, users can further adjust the squeeze force level as per their convenience and can also customise the actions for ‘short squeeze’ and ‘squeeze & hold’. For example, you can use a squeeze lighter to open the camera app and squeeze longer to open Google Assistant. As of now, the squeeze action can only be set for just two apps at once. HTC has said they will be adding more functionality later. That said, the squeeze functionality also works with gloves and helps you capture photos in wet conditions when the touch isn’t responsive.

The U11 runs on Android 7.1.1 Nougat with Sense UI on top. It has the usual set of Google apps and a few HTC proprietary apps such as Themes, Weather, Flashlight, Mail, and TouchPal keyboard. With USonic, one can create their personal audio profile by connecting the bundled USonic earphones with the U11. USonic now combines Active Noise Cancellation with the ability to tune audio to your unique hearing.

After the Xperia XZ Premium, HTC U11 is one of the smartphones to feature the powerful Snapdragon 835 chipset and the upcoming OnePlus 5 will join the club soon. This is coupled with 6GB of RAM and 128GB of storage that can be expanded up to 2TB. Out of 128 GB, there is 111 GB of free space available for usage. In our short duration with the device, we found the performance to be very smooth and without any lags. The phone packs a 3000mAh battery and supports fast charging via QuickCharge 3.0. 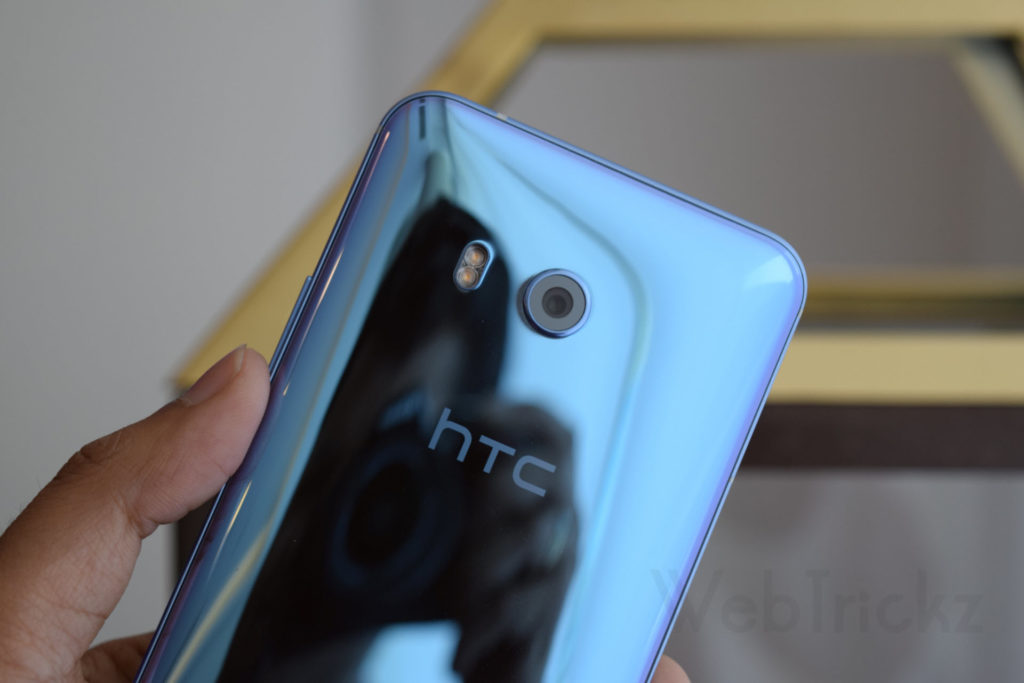 In terms of optics, there is a 12MP UltraPixel 3 rear camera with f/1.7 aperture, UltraSpeed autofocus, OIS, Dual LED flash, 1080p slow-motion video recording at 120fps, and 4K video recording. The front camera is a 16MP shooter with f/2.0 and 1080 video recording support. We couldn’t test the camera abilities in limited surroundings but U11’s camera is the highest rated smartphone with a score of 90 by DxOMark.

Priced at Rs. 51,990, the pricing of HTC U11 does look sensible considering the high price tag of U Ultra. At this price, HTC U11 will be competing against premium flagships including the Sony Xperia XZ Premium, Samsung Galaxy S8, LG G6, OnePlus 5, Honor 8 Pro, and Apple iPhone 7. In our brief hands-on, we found the EdgeSense feature to be impressive. However, it doesn’t look practically useful as of now due to limited functionality. You need to wait for our full review where we will share our final opinion.