How to Root Samsung Galaxy S5 with CF-Auto-Root

Samsung’s flagship smartphone ‘The GALAXY S5’ was unveiled a month back in February at the Mobile World Congress in Barcelona. The SGS5 has also been officially announced in India and will be available globally starting April 11th. However, Chainfire a senior developer over at the XDA Developers forum has already managed to root the international SM-G900F variant of SGS5. The method applies only for Galaxy S5 SM-G900F (Europe variant) and now supports various other SGS models as well. 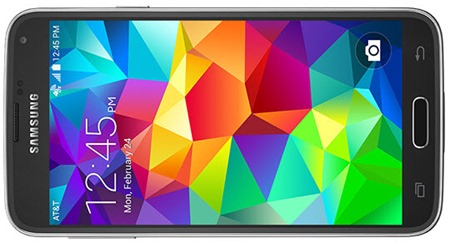 UPDATE (April 11) – Chainfire has updated the root for the SM-G900F (International Qualcomm) model, and added root support for the following variants:

Rooting can be done using Chainfire’s popular CF-Auto-Root and ODIN tool, which is perhaps the easiest way to gain root access for those looking to stay close to stock firmware. The below guide installs SuperSU binary & APK and Stock recovery to your Galaxy S5.

Before proceeding, note that:

3. Download CF-Auto-Root .zip file and extract it to a folder.

4. Boot your device into ODIN Download mode: To do so, power off the phone. Now hold down the ‘Volume Down + Home button’ and while holding both of them simultaneously, press the ‘Power’ button until you see a warning screen. Then let go of all the buttons and press ‘Volume Up’ to enter into Download mode.

5. Then connect the phone to your computer via USB cable.

6. Start Odin3-v3.07.exe. ODIN should show a port number in the ID:COM box which depicts that the device is connected successfully. 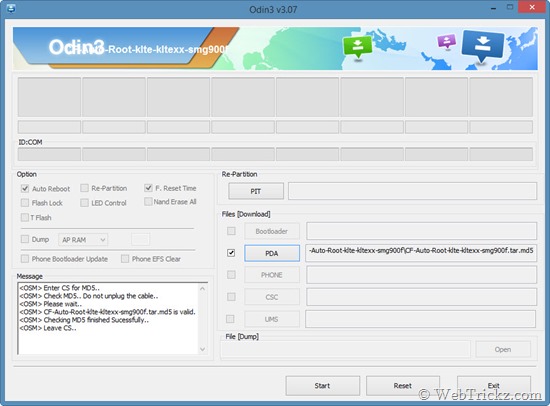 7. Click just on the ‘PDA’ option in ODIN and don’t touch any other fields. Browse and select the CF-Auto-Root-klte-kltexx-smg900f.tar.md5 file. Make sure Repartition is NOT checked.

8. Click on Start and let the process complete, the phone will reboot itself. You should see a PASS message in ODIN. You can confirm root privileges using the ‘Root Checker’ app.

Voila! After the device reboots, you should see the SuperSU app installed. 🙂