How to Turn Off and Restart Samsung Galaxy M42 5G

Try a force restart if your Galaxy M42 is stuck on the startup screen or a boot loop.

You won’t find the traditional power button anymore on the newer Samsung Galaxy smartphones. The Side key that activates Bixby by default now replaces the older power key. The good thing is that Samsung’s One UI 3 offers a setting to change the default function of the Side key. This way you can set the Side key to show the power menu instead of Bixby. That said, new Galaxy users aren’t usually aware of this and hence get stuck when trying to power off or restart their phone.

To ease this, here’s a quick guide to power off Samsung Galaxy M42 5G. In addition, there are two other methods that you can use to switch off your device without using physical buttons.

3 Ways to Power Off your Galaxy M42

We recommend this method as it comes in handy when the screen is broken and you want to turn off the phone without the touch screen.

To turn on the Galaxy M42, press and hold the Side key for few seconds. The phone will turn back on and the Samsung logo will appear on the screen.

To reboot or restart your Galaxy M42 5G, simply follow the above steps and tap the “Restart” button instead of Power Off.

Do you know that there is a virtual power menu shortcut in the Quick settings on One UI? This is an alternate way to shut down your smartphone without using the physical hardware buttons. You can use the virtual shortcut in instances when the Side button is not working or while using the device single-handedly. To turn off your Galaxy M42 from the Quick Settings Panel, 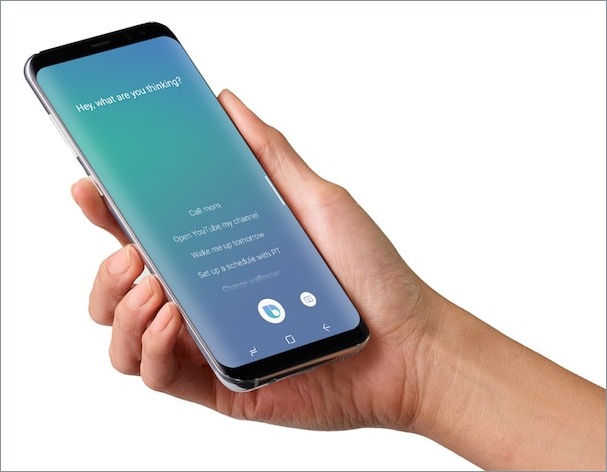 Even if you don’t like Bixby, you can use Samsung’s smart assistant to reboot or shutdown your Galaxy phone. For this to work, you first need to make sure Bixby Voice is set up. Then launch Bixby using either the Side key or Bixby app.

When Bixby is ready and active, use voice commands such as “Turn off my phone” or “Restart the device” and allow Bixby to perform the necessary action.

It’s not usual but at times your Galaxy M42 might get stuck on the Samsung logo or the touchscreen stops working. In such a case when the device is frozen, not responding, or stuck in a boot loop; a normal reboot might not help. To fix this, you can try a force restart to bring your smartphone back to the normal condition.

To force reboot Samsung Galaxy M42 5G, press and hold the Volume Down and Side button at the same time for around 20 seconds. Note: Make sure to hold both the buttons until you see the startup screen with the Samsung logo. Then wait for over a minute and let the device boot up.

Tip: Change the Side Key function

By default, Galaxy M42 activates Bixby Voice instead of the Power Menu when you long-press the Side button. Thankfully, you can remap the Side key if you rarely use Bixby or don’t prefer using the power and volume buttons together to turn off or restart your device.

To change the Side Key function on your Galaxy M42, go to Settings > Advanced Features > Side Key.

Under the “Press and hold” setting, select the “Power off menu” option instead of Wake Bixby.

Voila! Now the power off and restart options will appear when you hold down the Side key.