Check if your Galaxy Nexus is updated by Google or Samsung?

Samsung Galaxy Nexus GSM version comes in several variants and you might not be aware that the source for its OTA updates varies depending on the device version. After going through some credible forums, we noticed different product names of Galaxy Nexus (GSM) such as yakju, yakjuxw, yakjusc, yakjujp, yakjuux, etc. Apparently, it’s said that devices with ‘yakju’ build are Google-branded and thus eligible to receive updates directly from Google. Whereas, devices with non-yakju builds (yakjuxw) having the brand as Samsung are region/carrier-specific and will probably get updates from Samsung. There is no confirmation yet if there is any difference in the updates but it is certain that Google delivers prompt updates while those from Samsung are delayed by a few weeks.

Here’s an easy way to check the product version of the Samsung Galaxy Nexus which can help you easily determine whether your device is updated by Google or Samsung. Simply install the free app ‘GN Official Update Checker’ from Google Play on your Galaxy Nexus. Then run it to check the device product name, yakju or yakjuxw. 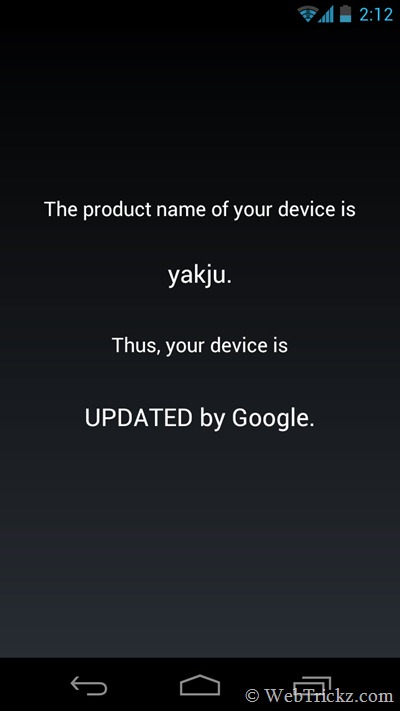 If you’re looking for more detailed info than just the product name, then install the app ‘Android System Info’ from Google Play. The app provides a lot of technical information about Hardware, System, Telephony, etc., and has a built-in Task Manager, App manager, logs viewer, battery stats, and more. 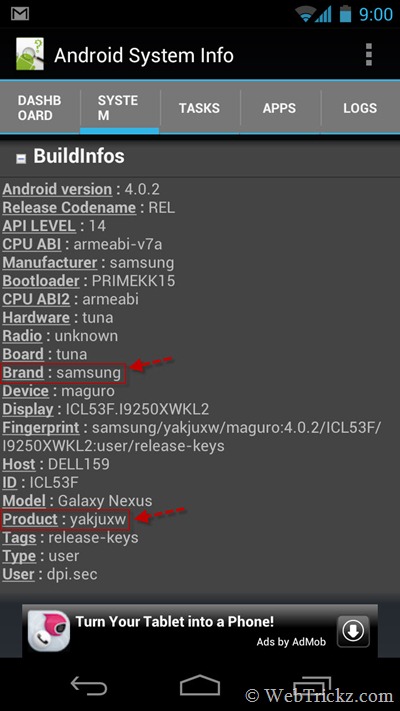 To view the relevant details, open the app and navigate to System tab > BuildInfos. It will list the hardware, brand, device, product name, etc.

Update – The new Takju variant (Google Play Store version) of Galaxy Nexus also gets update directly from Google and updates for Takju devices are much faster when compared to Yakju ones. Also, below is an easy way to check whether your device is Yakju, Takju, or Non-Yakju using Google Maps and without the need of a dedicated app. 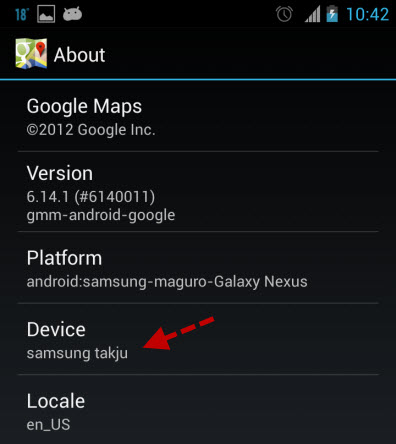