In the recent past, we’ve seen various Chinese brands making their entry in India and some of them have seen tremendous success here in a short span of time. In late May, Coolpad launched its operations in India starting off with the launch of Dazen 1 and Dazen X7. The Dazen 1 by Coolpad is an entry-level phone priced at Rs. 5,999 which is highly similar to the likes of Xiaomi Redmi 2, Lenovo A6000 Plus, and YU Yuphoria. Dazen 1 was initially introduced for 6,999 INR but soon after a week saw a price drop which clearly makes it a tough competitor and prominent phone to consider in its specific price segment. Although we have a couple of successful options in the budget-oriented 5-7k segment but the more choices the better it’s for the end consumer. We’ve been using the Dazen 1 for around a fortnight now and have compared most of the aspects with the offerings from its competitors, we now bring you a detailed review of Coolpad Dazen 1. 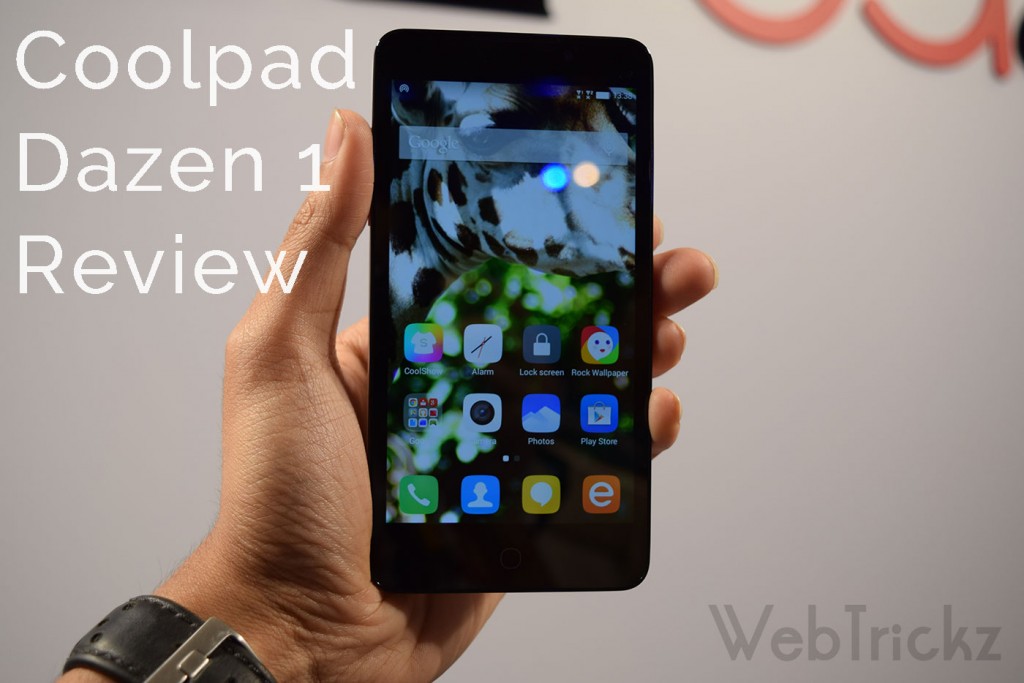 Dazen 1 is a 5″ phone sporting a candy-bar form factor much similar to Redmi 2. The handset is made up of plastic and has a removable back cover made of polycarbonate with a soft matte finish that feels good in the hand. The back is a bit slippery though but thanks to the rounded corners that make it comfortable to hold. The phone is 9.3mm thick and weighs 155 grams, yes it does feel pretty bulky and heavy to hold whereas Redmi 2, A6000 Plus, and Yuphoria are significantly lightweight. The power button is placed pretty high in our opinion, thus making it uneasy to reach and is a bit lose at the ends. At the same time, the volume rocker is awkwardly placed on the upper left side which isn’t easily accessible with one-handed usage. Thankfully, the phone comes with a ‘Tap to wake‘ feature and has backlit navigation keys which you won’t find in Redmi 2 and A6000 Plus.

On the front, it packs a 5MP camera for selfies and has a LED notification light as well. On the top, we have a 3.5mm audio jack and a micro USB port at the bottom. On the back, we have a secondary microphone, 8MP camera with LED flash, dazen, and Coolpad branding, and the loudspeaker is located at the bottom. Upon removing the back panel you’ll find 2 micro-SIM slots, a microSD card slot, and a 2500mAh battery which is removable. The device comes in 2 colors – baby soft white and black edition. 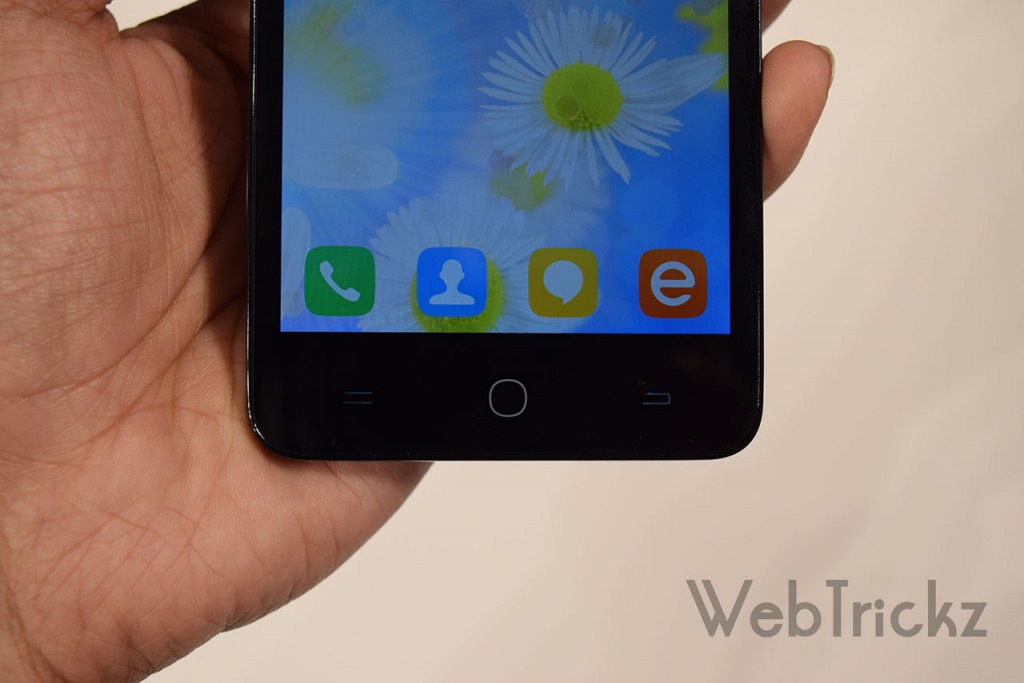 Similar to the likes, Dazen 1 comes with a 5-inch HD IPS display with a screen resolution of 1280*720 at 294 pixels per inch. The display is very bright, looks sharp, with good viewing angles in outdoor conditions too. The content looks vibrant enough, the text looks crisp and the colors don’t appear oversaturated. There are no on-screen keys but instead, you get capacitive keys with backlight enabled and one can even customize the backlight time. The auto-brightness setting is there and users can switch between different font sizes as per their preference. However, there is no protection provided in the form of Gorilla Glass 3 but at such a price point, we can’t complain much. Overall, the display is pretty impressive and nothing less than what Xiaomi offers with their Redmi 2. 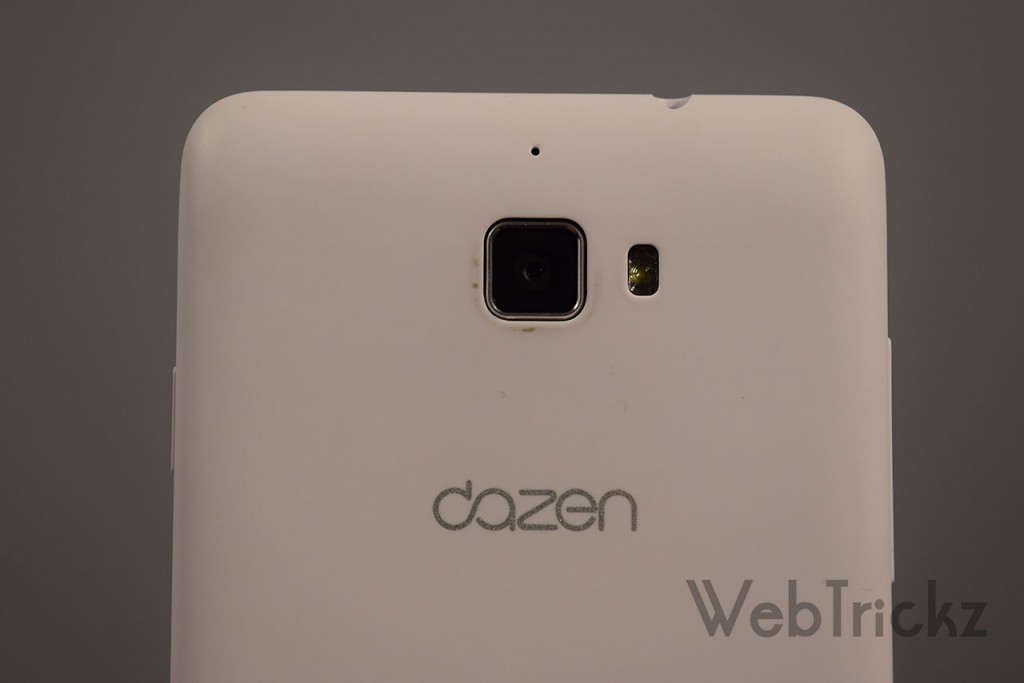 Dazen 1 packs an 8MP primary camera with autofocus and LED flash along with a 5MP front-facing camera. The camera is capable of taking good shots in daylight and retains natural colors most of the time. But it isn’t impressive as the photos lack details and exhibit a high level of noise, especially in low-light conditions. Indoor shots in partially lit areas came out good but the phone fails miserably when taking close-ups. In our tests, the device wasn’t able to focus when capturing photos of closeups aka nearby objects resulting in a high blur which perhaps could be due to a software issue. It’s capable of recording videos in 1080p and 720p.

The rear shooter is pretty snappy and takes quick shots whereas the front camera had a noticeable shutter lag. The secondary camera is nowhere close to the 5MP camera quality mark as photos turned out to be disappointing. The selfies taken in bright areas look decent but in indoor and low-light environments, they appeared grainy with high noise levels. The front camera doesn’t support video recording too. 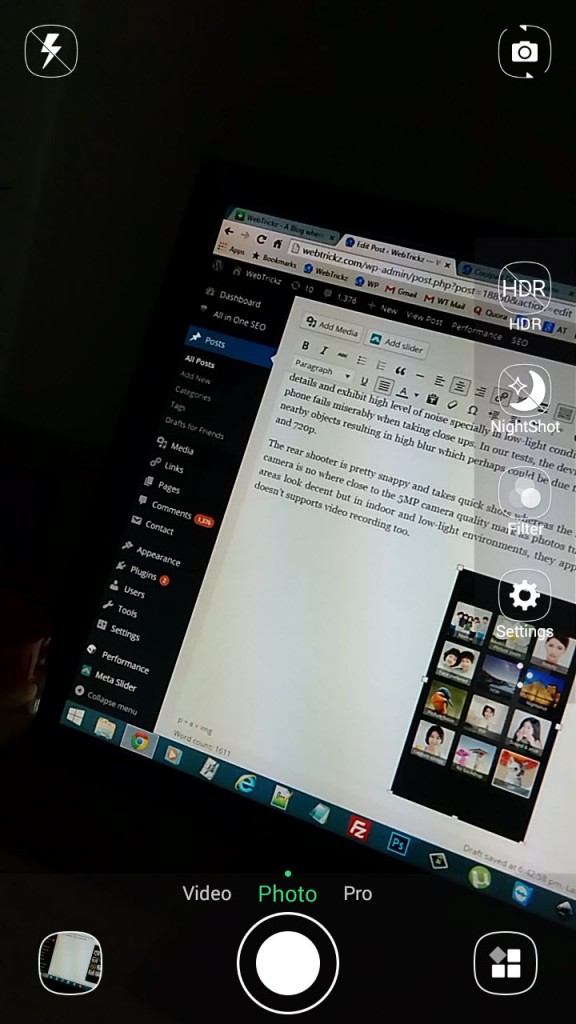 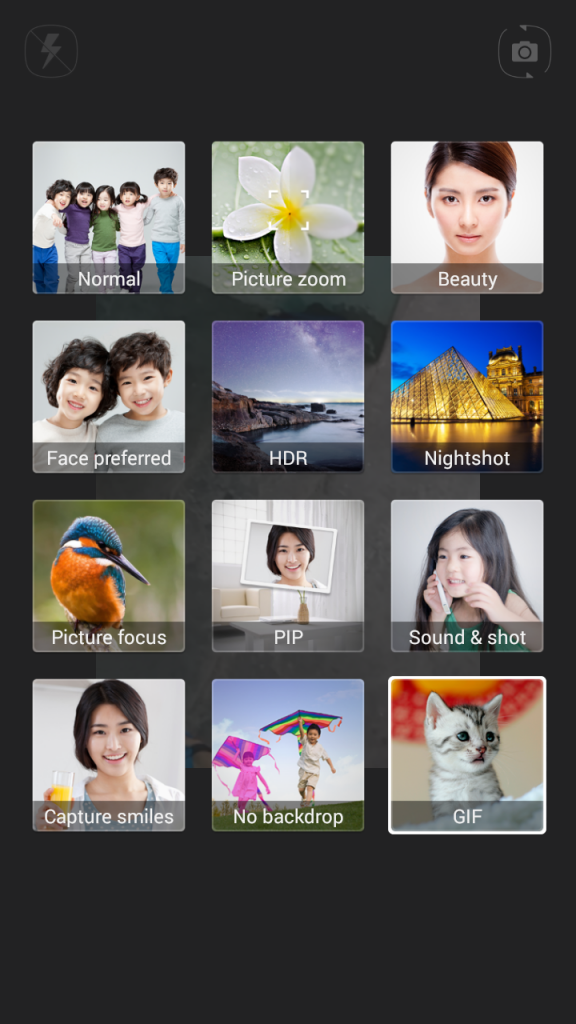 The camera UI is basic with a Pro mode and supports several camera modes of which few turned out to be good while others barely had any effect. Some of the interesting modes include HDR, PIP, Sound & shot, and GIF. The volume buttons also act as a shutter to quickly capture stills. Perhaps, if the camera is a concern then you should look elsewhere such as the Redmi 2, Yuphoria, etc. The overall camera performance is satisfactory at this price point. Below are various camera samples that one can check out to get an idea of the same.

Dazen 1 runs on Android 4.4 KitKat with the company’s custom skin termed as ‘Cool UI‘. Coolpad’s user interface looks colorful with plenty of customization options but at the same time, it highly resembles Xiaomi’s MIUI. The overall UI is vibrant, non-bloated and you won’t find it boring in everyday usage. The transitions are smooth, with decent multitasking capabilities and we didn’t notice any heavy lags with the device. Similar to MIUI and other Chinese players’ UI, there is no app drawer included. An app called ‘CoolShow’ lets you personalize the looks by switching lock screen style, wallpapers, tones, etc. What’s interesting is that it comes preloaded with tons of beautiful wallpapers in Full HD resolution that can be used as backgrounds. The wallpapers do acquire a good amount of space, but one can either move them to SDcard or delete them in order to free up the space. 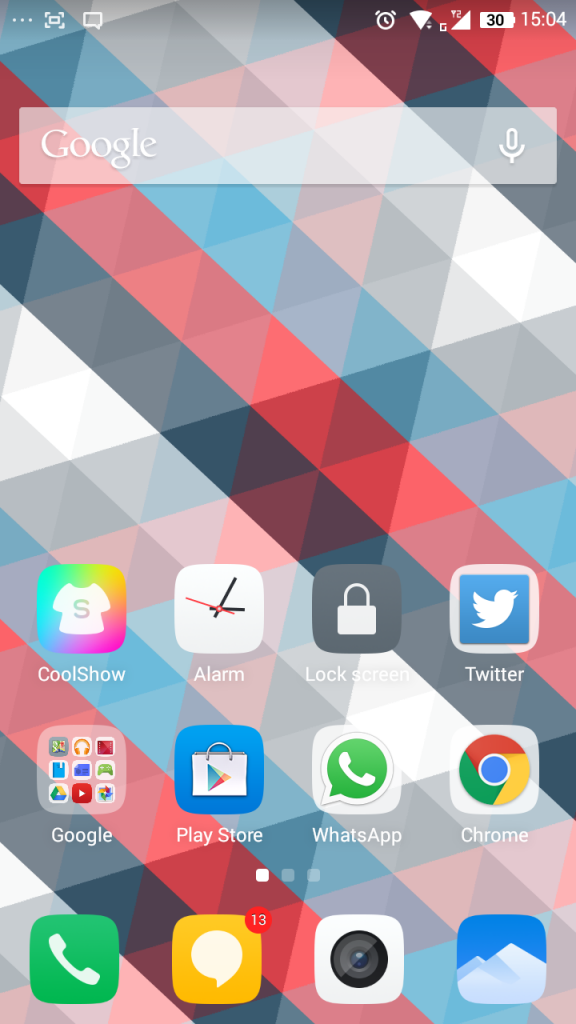 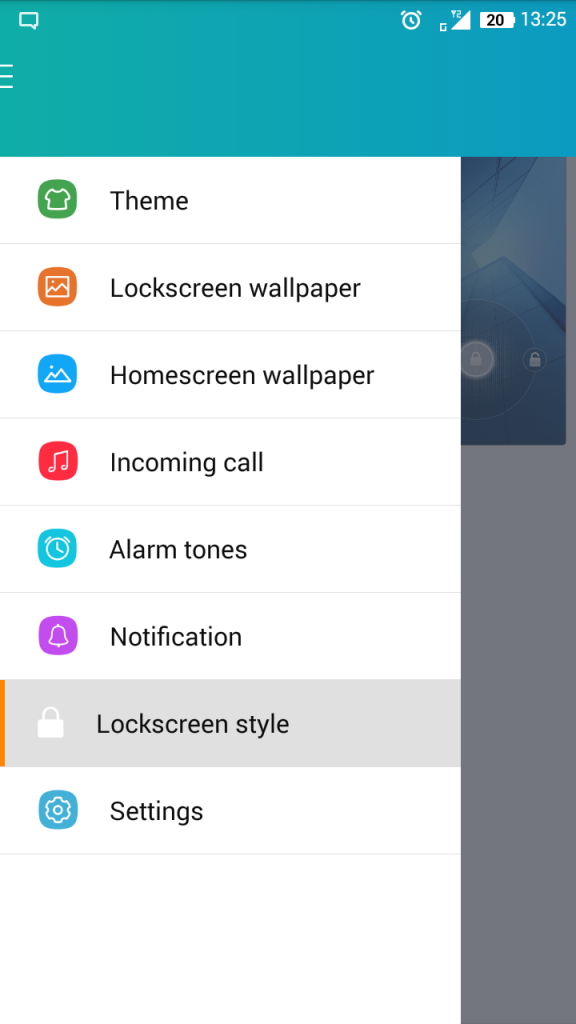 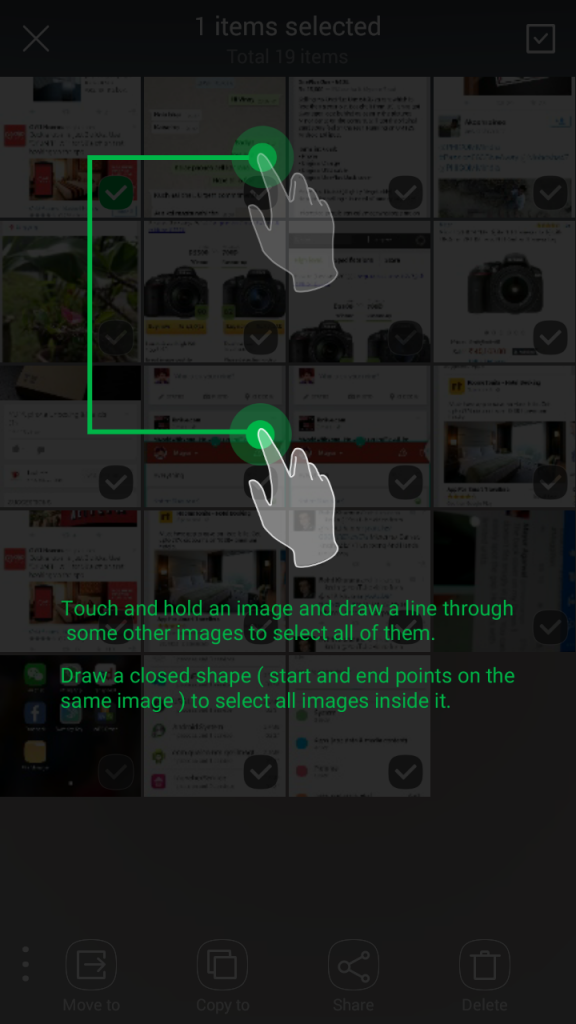 Besides Google apps, a few pre-installed apps are included such as Snapdeal, Wechat, WPS Office, Facebook, and SwiftKey keyboard which unfortunately can be neither uninstalled nor moved to SDcard. The Cool UI offers an auto call-recording feature, users can manage notifications, set preferred vibration level, and customize quick settings. There is Glove mode and a nifty Multi-screen mode that parts the screen into two, allowing you to access two different apps at the same time.

Smart control offers some handy gestures such as Double-tap to wake, slide up to unlock, draw defined symbols while on standby to quickly open frequently used apps like WhatsApp, Facebook, Camera, Music, and Chrome.

It’s possible to set the default storage for apps installation to either phone storage or SD card. But unlike Moto E, here you can’t move the user-installed apps to SD card post installing them. The device even got an OTA software update during our test so our hopes are high. Overall, the UI looks clean and impressive without any major bugs or issues.

The Dazen 1 is powered by a Qualcomm Snapdragon 410 64-bit Quad-core processor clocked at 1.2GHz with Adreno 306 GPU. It features the same chipset as seen in its counterparts – Redmi 2, Yuphoria, Lenovo A6000 Plus, and Moto E 2nd Gen (4G), coupled with 2GB RAM which is something noteworthy. The handset performs really well and 2GB RAM ensures smooth operation and helps in multitasking. In our daily usage, there weren’t any noticeable lags or app crashes, and launching apps, swiping across home screens, and switching between apps went smooth without any issues. What’s interesting is that the device didn’t tend to heat up even under prolonged usage and clocked a score of 20405 in the Antutu benchmark. Even with various applications installed, the free RAM amounted to 1.2GB after reboot and around 901MB upon closing recent apps. 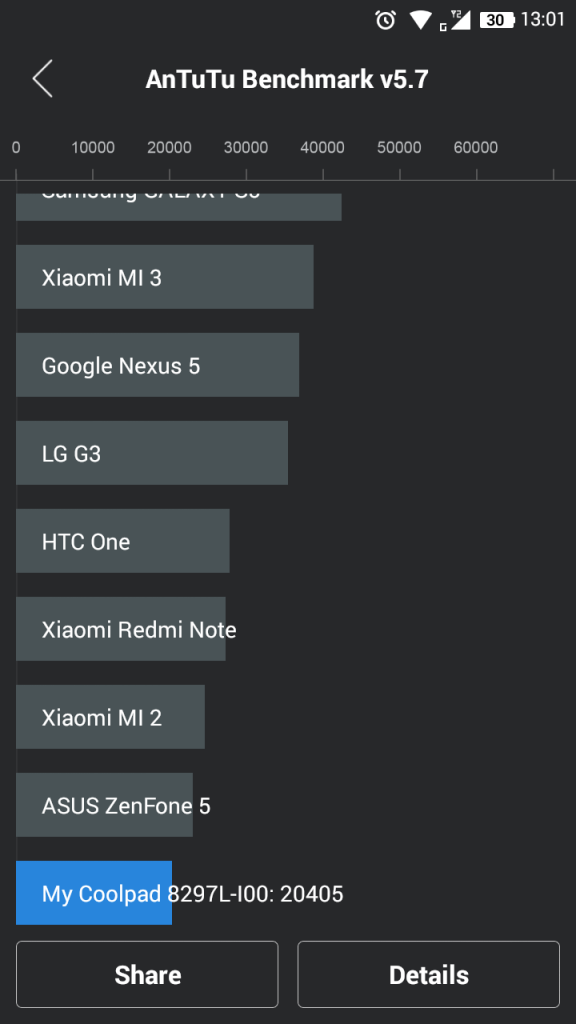 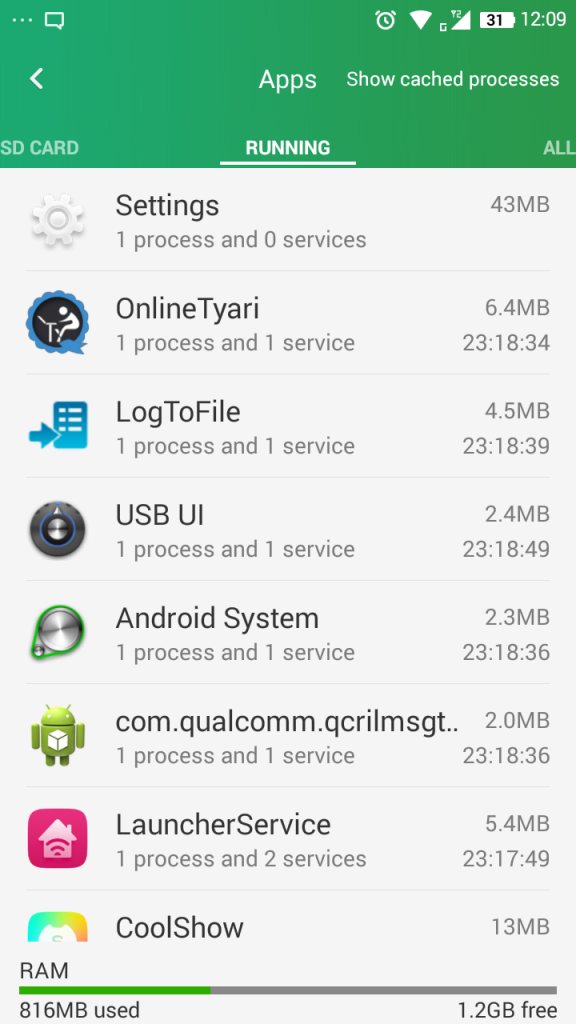 Gaming – The gaming performance is pretty good such that most of the popular games including graphic-intensive ones would run smoothly without frequent frame drops and stutters. The phone doesn’t heat up while playing games as well which is nice. Though it has 8GB of internal storage of which 4.41GB is usable, the added advantage here is that it’s possible to install apps directly on external storage via a microSD card up to 32GB. So, one can install big games without worrying about the phone’s storage.

Battery – Dazen 1 packs a 2500 mAh removable battery, surprisingly the highest in the entry-level price segment that also beats the offerings from Redmi 2, A6000 Plus, and Yuphoria. The extended battery and proper software optimization help the device in delivering a very good battery backup. Under normal usage, the phone easily lasted for a day with a screen-on time of 6 hours whereas in another test 5% of the charge lasted for 40 minutes on continuous usage. What’s noteworthy is that with just 5-6% of juice left the Dazen 1 consistently stayed up for almost an hour. However, the camera doesn’t work under low battery, technically to save the battery. We’d give a thumbs up to its battery life. 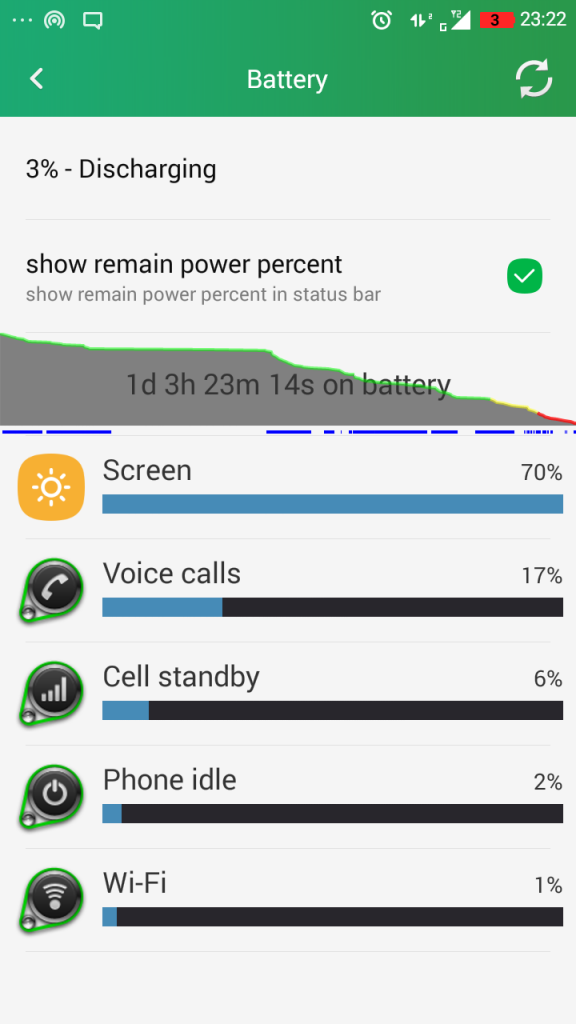 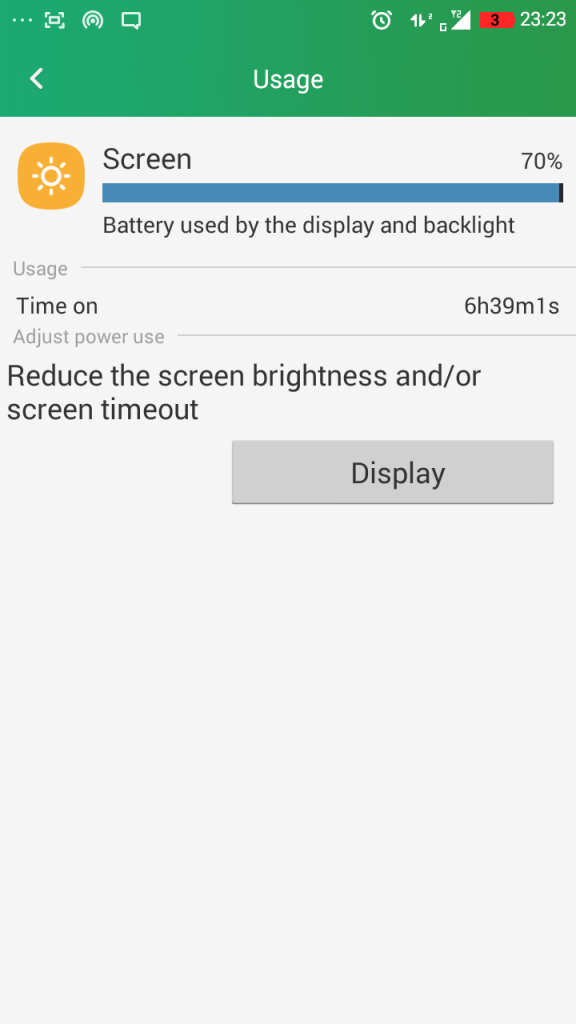 Calls & Speaker – The voice calls quality and signal reception are good and we didn’t face any issues of call drops during our testing. The dialer has a handy option to record calls and you can set auto-recorder for specific contacts. This Dual SIM phone supports 4G on both SIMs. Like most phones, the speaker is placed on the back which is fairly good and loud but do not expect crisp sound and bass. The speaker tends to generate vibration which you can clearly feel while holding the device during music playback. Well, in this price range such things are acceptable.

Verdict – At 5,999 INR, Dazen 1 is certainly the best and true value for money phone. We don’t think there is currently any other phone offering so much goodness at such an affordable price. The initial price of Rs. 6,999 was a tad high and made Dazen 1 an unworthy buy as it comes with 8GB storage and an average camera. But Coolpad’s decision to drop the price by 1000 INR surely makes Dazen 1 a sweet deal to consider that one won’t regret. If you aren’t on a low budget and can shell a few bucks more then we’d recommend the Yuphoria or A6000 Plus as they feature 16GB storage and have better cameras. And if the camera is a deal-breaker, then you should look for other options. Coolpad has partnered with HCL to offer after-sales service for its Dazen series in India. Overall, Dazen 1 is a superb phone with an impressive display and battery life, available through flash sales exclusively on Snapdeal.