Find and save Facebook Reels from drafts to your device.

Meta has recently added the ‘Save as draft’ feature to Reels on the Facebook app for iPhone. The draft feature comes in handy to save Facebook reels without posting. By saving a reel as a draft, you can conveniently publish it later with the desired edits and touchups. Most users and creators also prefer saving reels as drafts as there is no native way to schedule reels, neither on Facebook nor Instagram.

While you are on the reel editor screen, tap the “Add media” icon at the bottom left corner. Next, go to the ‘Drafts’ directory to see all your Facebook reels drafts in one place. 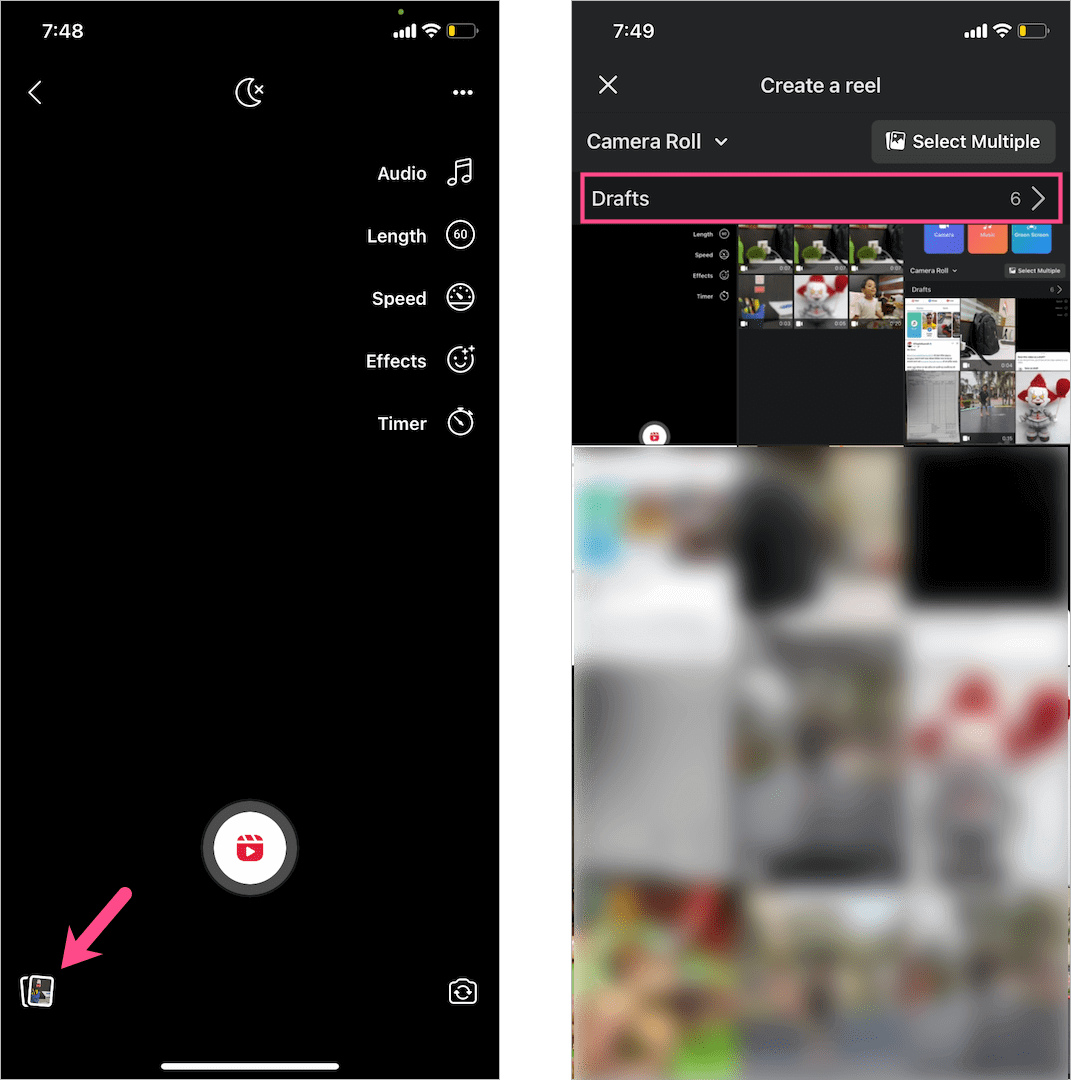 You might end up with numerous unwanted drafts if you tend to often record reels. It’s preferably better to get rid of all the useless drafts to keep your reel drafts organized.

That’s it. Doing so will permanently delete all the chosen drafts.

NOTE: You won’t get any confirmation popup after you tap Discard. So make sure to carefully remove your reel drafts from Facebook.

To post a draft reel, go to the ‘Drafts’ folder and tap a certain reel you want to post. Make any final changes if needed such as adding a new clip, reversing the reel video, and applying effects, stickers, music, or text to your reel. Once done, tap the “Share now” button to publish your reel video on Facebook.

How to save Facebook draft reels to your gallery without posting

Reels drafts on Facebook are removed in 60 days. Therefore, it’s better to save draft reels to your gallery to avoid losing them. Also, the download feature indirectly allows you to post a reel created on Facebook on some other platform.

To save a draft reel on Facebook to your gallery or camera roll, simply head to the ‘Drafts’ and open the particular reel. Tap the “Save” option, visible at the bottom of the right-side pane. Then select “Download” to save the reel video to your device for offline viewing or direct sharing.

NOTE: You cannot save draft reels to the gallery with music without posting. That’s because any reels using external audio from Instagram or Facebook music library are saved without music. At the same time, reels with camera audio recorded by your microphone will retain the original sound.

ALSO READ: How to find your Saved and Liked Reels on Facebook