Completely hide the stickers app to get rid of Memoji stickers in iOS 13.

Apple introduced Memoji stickers in iOS 13 even for older iPhones and iPads. While Memojis are a fun way to express your feelings while messaging or chatting with your friends. However, they continue to appear under “Frequently Used” section of the Emoji keyboard even if you don’t use them that often. This can be annoying for users who don’t use Memojis and do not want to see them with other Emojis either.

How to turn off frequently used Memoji stickers

That’s it. You will now only see Emojis under Frequently Used whenever you tap the Emoji icon on the native keyboard. 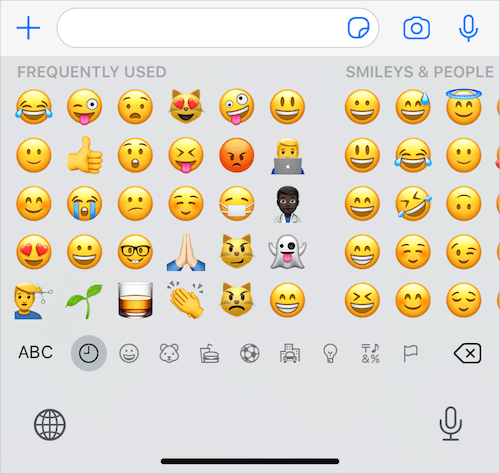 The changes apply to the Messages app as well as other apps including Messenger and WhatsApp.

TIP: If you don’t wish to hide Memoji stickers altogether then there is another way out. While you’re accessing the Emoji keyboard, simply tap the small “Clock” icon to hide and unhide the 8 most frequently used Memojis.

What’s interesting is that iOS remembers your choice and won’t show the frequently used stickers in case you switched to emojis the last time.

RELATED: How to turn off Grammarly keyboard on iPhone

If you don’t see yourself using the new Memojis stickers at all then you can stop the stickers app from appearing in the Messages app. To do so, follow the steps below.

Here’s How To Find Out When You Joined Snapchat

Here's How To Find Out When You Joined Snapchat