by Mayur Agarwal
in How To's, Windows 7

Windows 7 has came out with lots of new and exiting features. You may have noticed that, we can’t open My Computer directly from Windows 7 Taskbar aka Superbar.

If we drag N drop My computer to taskbar, it gets pinned to windows explorer rather than creating a new place for itself. Windows explorer opens libraries which irritates me and quite a lot of users. So, I’ve found a simple trick to pin My Computer to Windows 7 taskbar. Below procedure also works with Windows 8 Developer Preview.

Follow the simple steps below to Pin My Computer to Taskbar –

2) In location of the item enter the following string exactly as given below: 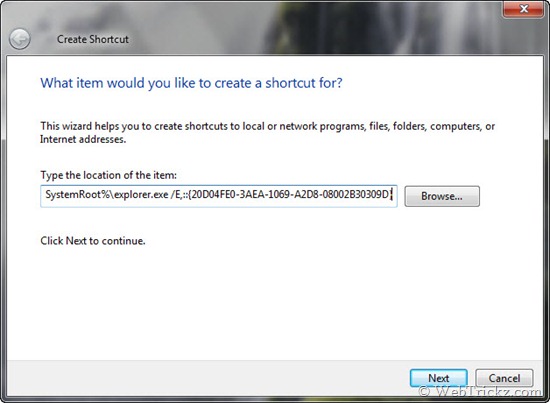 3) Give a name to shortcut. For example, My Computer 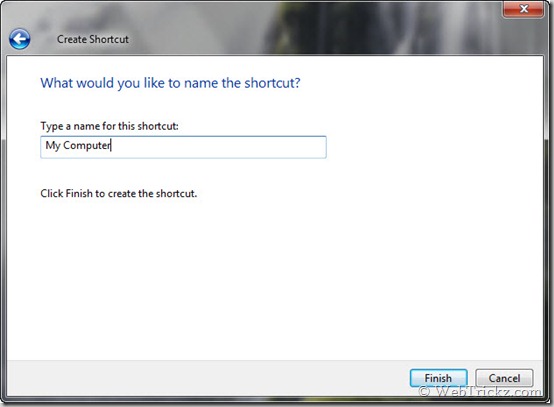 4) Now you’ll see a new shortcut of ‘My Computer’ placed on desktop. It has the same icon like that of Windows explorer. You can change its icon if you wish.

5) To pin the shortcut to Windows 7 Taskbar, just right click on it and select “Pin to Taskbar”. 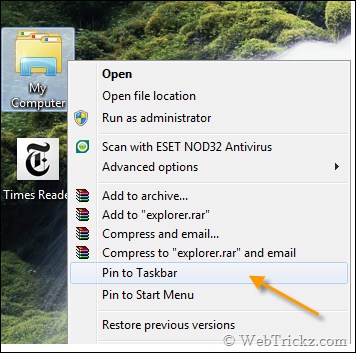 6) Enjoy! Your direct shortcut to My computer is pinned on taskbar now.

How to enable check boxes feature in Windows 7 & Vista to select files and folders ?

How to remove Floppy drive icon from Windows Explorer?

How to remove Floppy drive icon from Windows Explorer?