by Cosmic Paladin
in Android

ASUS has stepped up the game with the Zenfone 3 series, inside and outside! The Zenfone 2 series looked rather boring though there was nothing drastically wrong with the design as much as unconventional when it came to the placement of buttons and such. There is a lot of work they’ve put into the design, look and feel, and also the way the rather thick, laggy Zen UI worked before to be more snappy now.

While the global launch event did focus on the design, the manufacturing approach, and such, ASUS has now started getting innovative when it comes to sharing information about its phones, deeper to provide more details on the innards of the phone by doing a formal teardown, so potential buyers and owners can appreciate the phone even better. It also provides a sense of pride in owning the phones when companies do this. And this is not something really new in the industry as we’ve seen Hugo Barra do tear-downs of their mobiles in dedicated sessions to media. 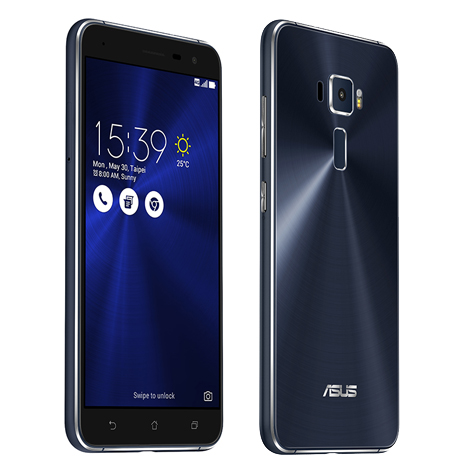 Marcel Campos was appointed the Marketing Director of the Mobile Division in ASUS’s India office sometime back and now he comes forth to do a quick teardown of the Zenfone 3. In the video, what ASUS calls the “Anatomy” of the Zenfone 3, Marcel explains how thin and strong the back of the phone is that is protected by Gorilla Glass which is so thin to keep the overall phone light and thin but yet providing all the strength, as he takes the parts off the back such as the camera and other panels. He takes the battery off to show more of the unibody that is made of metal and talks about the effort in making the phone more appealing than the Zenfone 2.

He also talks about the speaker that is now bigger and better than its predecessor and how the flat, thin cables make all those connections from one part to another. All of this is made possible by state-of-the-art CNC machining on the metal. There is also a circular vibrator motor whose intensity can be regulated via the software for different levels and this sits in a corner – a position that has been strategically chosen to deliver the desired results. The video also reveals the protection for the mainboard and the camera is protected by Sapphire that is used in high-end phones and watches, a material that is less strong only to diamond. The mainboard houses the rear camera too along with the fingerprint scanner, processor, SIM card tray, and GPU. All of this is incredibly thin which also holds the dual-LED flash along with the white balance sensor that makes it possible to get the colors as close to real as possible. This is typically used in really high-end cameras and tablets. He also demonstrates the 16MP camera and how its OIS works along with the CMOS. This with EIS makes it possible for some stunning pictures is what they claim.

The overall video shows us how easy the repair-ability of the phone itself is and how ASUS has worked to keep things thin and light, yet provide it with all the reinforcement needed. This video comes ahead of the Indian launch that will happen on August 17th. And for the ones who are deciding what phone to go for in that 25-30K INR segment, this video may be able to provide some good insights! You can watch the video below:

And for more details on the Zenfone 3 itself, you can hop over to our article that detailed the specifications from the launch. We will bring you more details from the Indian launch as well, stay tuned!