Turn on Light Mode for your favourite apps while using Dark Mode on iPhone.

Dark Mode on iOS and iPadOS works system-wide which means all the system apps, as well as user-installed apps (that support dark mode), adopt a dark theme when the appearance is set to dark.

Can I bypass dark mode for individual apps on iOS?

The pesky limitation with dark mode on iOS is that it forces you to use the dark appearance across all the apps that support it. For example, if you enable dark mode on your iPhone then it gets automatically enabled for WhatsApp and Instagram too.

Perhaps, what if you want to opt out of dark mode on iOS 14 while keeping it enabled for everything else? While there is no option yet to turn off dark mode for certain apps on iPhone and iPad.

However, we have figured out a workaround that you can use to exclude apps from dark mode on your iPhone. The trick involves using the Shortcuts Automation in iOS.

For instance, you can create an automation to turn off dark mode in Instagram or Apple Maps on iPhone which otherwise isn’t possible. This way you can selectively control the appearance of apps and choose what works best for you.

What’s the need? You might want to disable dark mode for specific apps on iOS as the dark theme doesn’t always look great on all the apps. I personally don’t like using Instagram and Gmail in dark mode for that matter. Similarly, a lot of people might have a different preference for light and dark themes.

Without further ado, let’s see how to force an app to use light mode when the rest of your iPhone is on dark mode.

UPDATE (19 Sep 2022): iOS 16 introduces ‘Focus Filters’, a new feature for Focus that allows users to choose a Dark or Light appearance for a Focus. Thanks to this feature, you can now easily turn off dark mode for specific apps in iOS 16 on iPhone without using Shortcuts and the need to manually add an Automation.

How to exclude specific apps from Dark Mode on iPhone

That’s it. Now open any of the apps (while your iPhone is in dark mode) and they will automatically switch to light mode. Also, the device’s appearance will itself change to dark when you close the particular app.

BONUS TIP: You can also temporarily turn off the set automation anytime to use the excluded app(s) in their original theme. What’s great is that one can selectively disable automation for individual apps.

For this, go to the particular Focus setting and open an app’s schedule. Then simply turn off the toggle button next to ‘Automation‘. 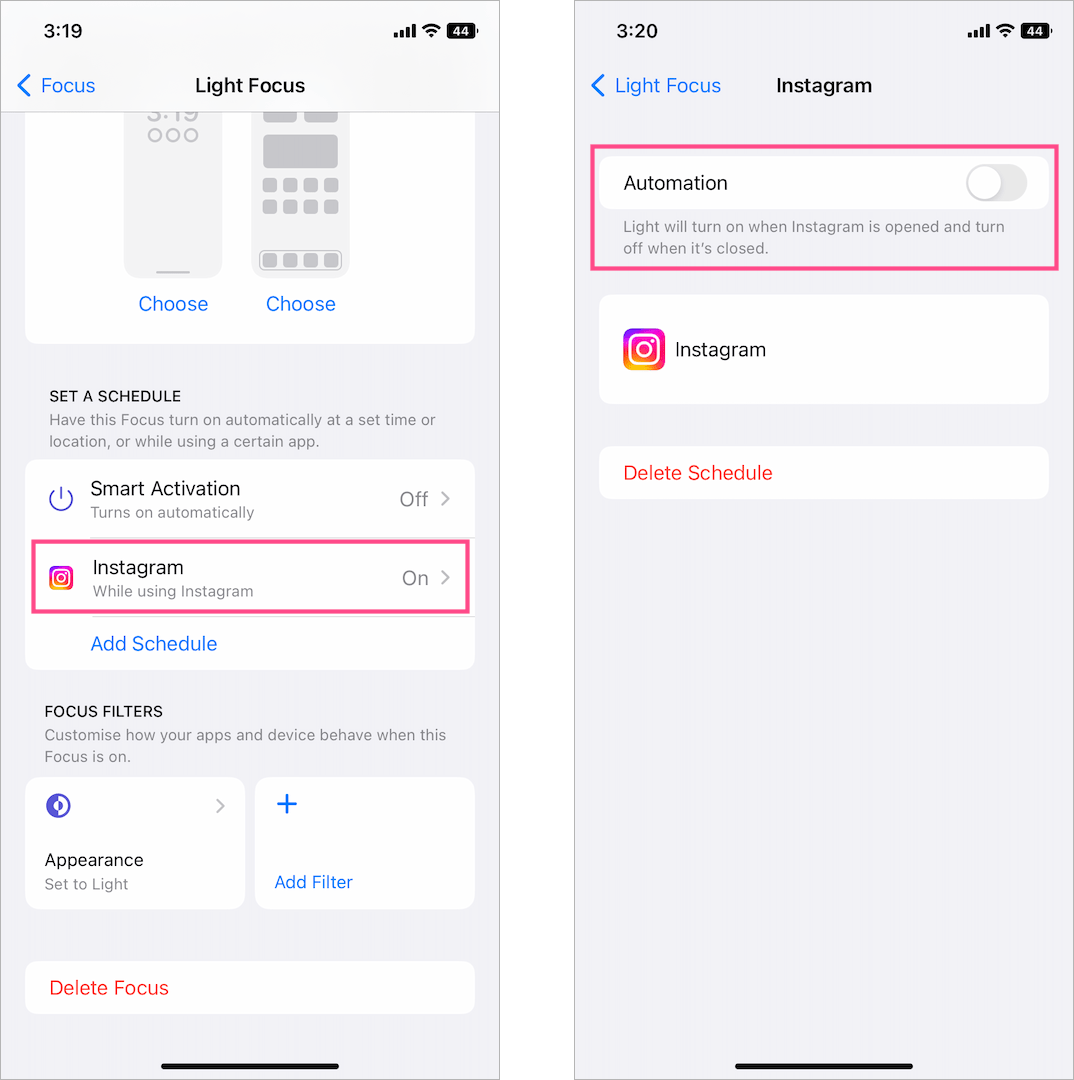 Follow the below procedure instead if your device is running iOS 15 or iOS 14.

That’s it. The apps you chose in step #6 will now run in Light Mode all the time.

BONUS TIP: The best thing is that you don’t need to set up a new automation every time to exclude a particular app from dark mode. Just open the relevant automation in Shortcuts and quickly add more apps to the existing automation.

ALSO READ: How to override Do Not Disturb for certain apps in iOS 15 on iPhone

The only drawback of using the above automation is that the system-wide light appearance remains enabled even after you exit a particular app. Also, there is currently no automation to get back to dark mode (when dark appearance is running). That said, you can simply add automation to switch to either Dark or Light appearance once you close the excluded app. To do so,

Now when you close an app (you disabled dark mode for), a banner will appear at the top asking you to choose the appearance. Simply choose Light or Dark. Note that if you ignore the popup then your iPhone will remain on light appearance. 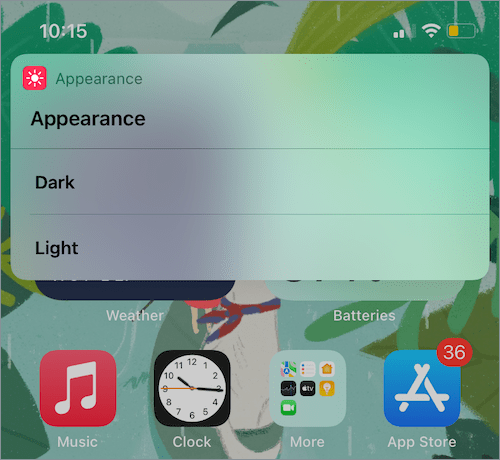 ALSO READ: How to turn off Inverted Colors on your iPhone

TIP: Turn off the Shortcuts notifications