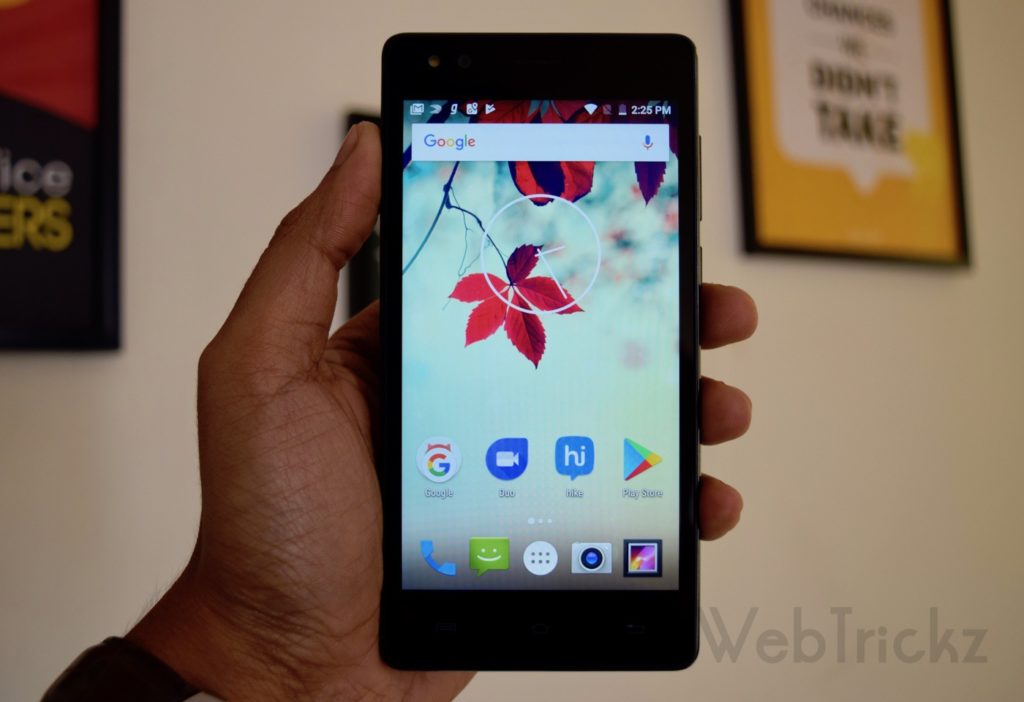 Xolo, a subsidiary of Lava mobiles is known for its range of budget smartphones in the affordable price segment that usually caters to the need of users in Tier 2 and Tier 3 cities. Recently, this Noida-based company launched three new phones under its Era series – the Era 3X, Era 2V, and Era 3. Like most other brands, Xolo is targeting the selfie-obsessed audience with its new budget phones, all of which feature a good front camera assisted with moonlight flash for taking quality selfies even in low-light conditions. Pitching this specific aspect makes complete sense considering the ongoing craze for selfies, especially among the youth. That said, we took the Xolo Era 2V on a ride and it’s now time to find out if it’s worth it or not in our review. 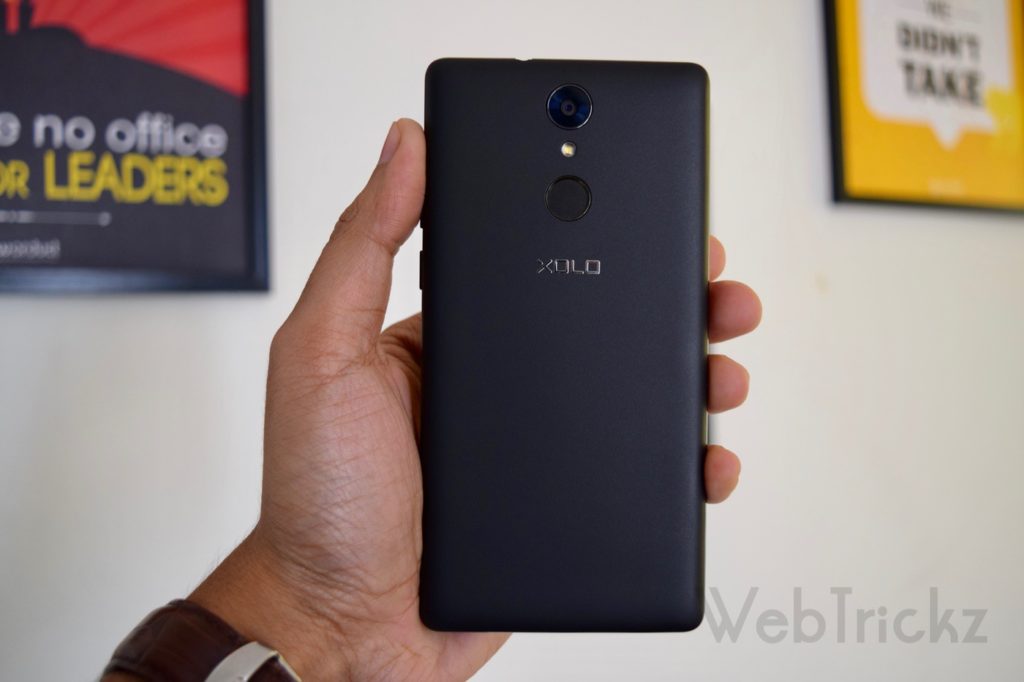 Featuring a candy bar form-factor, the Xolo Era 2V looks highly similar to its siblings – the Era 3X and Era 3 because of the same size display and identical design language. The phone is well built and feels solid in hands without compromising the overall design, which looks quite premium given its price. Although, the device is entirely made out of plastic but feels nice to hold. There are rounded corners and the back cover with soft matte finish curves across the edges, thereby offering a better and comfortable grip.

The front houses the moonlight LED flash and there are non-backlit capacitive buttons at the bottom. The volume rocker and power button are on the right side while the left side is bare. The 3.5mm headphone jack sits at the top whereas the micro USB port and speaker grille are at the bottom. Moving to the back, there is a circular-shaped rear camera module followed by a single LED flash, fingerprint sensor, and a shiny Xolo logo, all aligned in a vertical symmetry. We noticed the fingerprint scanner sits slightly deeper compared to other phones and one might take time getting used to it. The removable back cover snaps well with the body without any creaks, under which there are slots for Dual nano-SIM cards, microSD card, and the battery is user-replaceable.

Overall, we like the design and build of the phone but it feels a bit heavy to hold. The box contents include the phone, screen protector, earphones, micro USB cable, wall adapter, and battery.

The choice of display size and type of screen remains common across all the three new Era phones. The Era 2V sports a 5-inch HD IPS display having a resolution of 1280×720 at 294ppi. Unlike its elder sibling Era 3X, there is no sign of 2.5D curved glass nor Gorilla Glass 3 protection due to less pricing. However, the display quality is reasonably good and the touch response is decent too, including support for up to ten multi-touch points. We found the display to be bright enough, fairly sharp, and the colour reproduction is very good without any over-saturation. The viewing angles are good and sunlight visibility is not an issue. The only issue is that the display glass attracts fingerprints and smudges easily, and wiping them isn’t so easy. 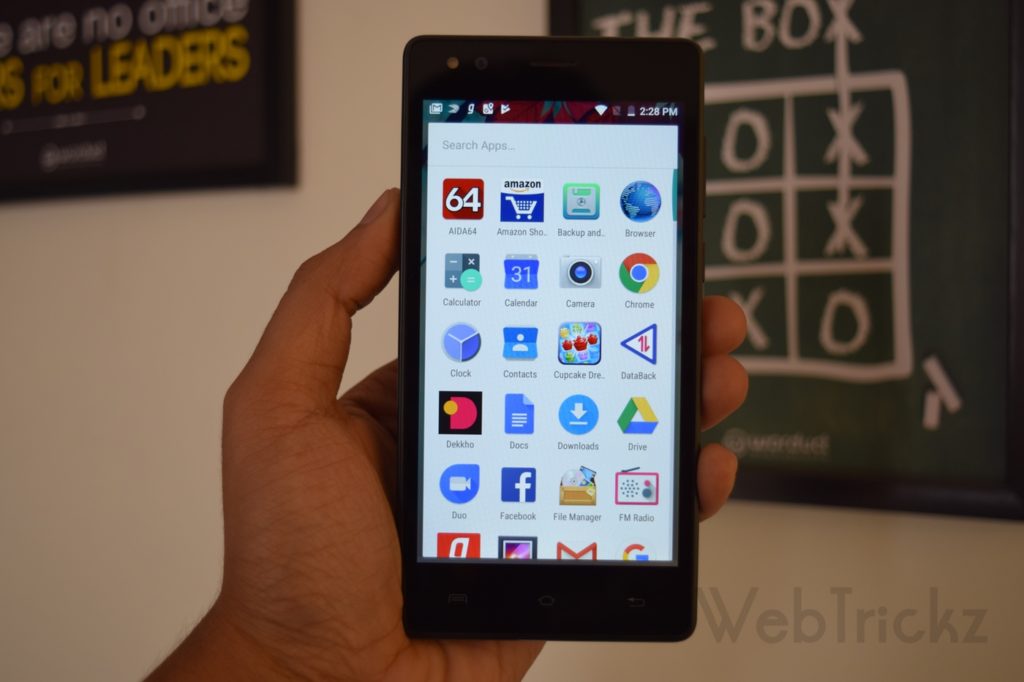 The Era 2V runs on Android 7.0 Nougat out-of-the-box with an August security patch. Unlike most Chinese phones, this one comes with Stock Android UI which we prefer personally. The UI feels light and user-friendly but sadly there is a lot of bloatware that eats up significant storage space. Apart from the usual Google apps, the device has numerous pre-installed apps, including Amazon Shopping, Backup and Restore, Cupcake Dreamland, DataBack, Dekkho, Ganna, Hike, NewsPoint, SonyLIV, Uber, UC Browser, UC News, Xender, and Yandex. Fortunately, most of these apps can be uninstalled.

The device is powered by a 1.25GHz Quad-core MediaTek MT6737 processor, an efficient entry-grade chipset seen on a lot of smartphones such as Nokia 3, Asus Zenfone 3 Max, Yu Yunique 2, and Moto C Plus. This is coupled with 2GB of RAM and 16GB of storage that is expandable up to 64GB via a dedicated microSD card. Out of 16GB, around 9GB of space is available for usage.

Speaking of performance, the phone performs reasonably smooth in day-to-day performance without any heavy lags. Multitasking and switching between recent apps are fairly quick but apps take longer than usual to load. The overall operation isn’t very fast though but the phone delivers a satisfactory performance in its price range. In terms of gaming, low and medium-intensive games run fine while high-end titles like Asphalt 8 have a higher loading time and don’t go ahead without evident frame drops.

The rear-facing fingerprint sensor is fast and accurate enough, including support for registering up to five fingerprints. The fingerprint sensor can also be used to capture selfies and unlock the locked apps. The speaker isn’t so loud but produces decent sound quality. Connectivity options include Dual-SIM (4G+4G), VoLTE support, Wi-Fi, Bluetooth, GPS, and USB OTG. Sensors onboard include Accelerometer, Fingerprint, Proximity, and Light sensor. 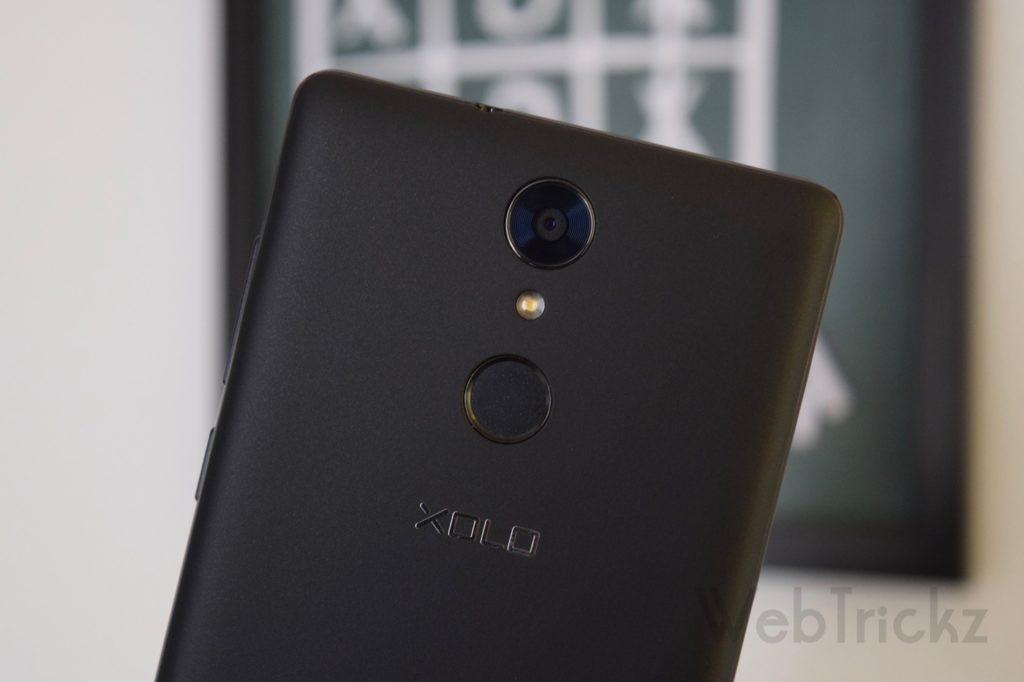 The front camera is the main highlight of all the newly launched Era phones and that stands true up to a certain extent. The selfie camera is a 13MP shooter with flash while the rear camera is an 8MP shooter, making it evident that Xolo is emphasizing more on the front camera. The camera app has a simple interface with modes like Panorama, Beauty, HDR, and Burst laid out on the main window itself. It offers a lot of settings and one can easily switch between the main and front camera by simply swiping down on the screen.

Talking of image quality, the rear camera surprisingly takes good photos in daylight as well as indoors. The photos captured had a good amount of details and colours looked natural up to a great extent. During our test, we didn’t notice any shutter lag and focusing was quick and accurate. Even in low-light, the focusing worked properly and images came out reasonably good with a slight noise, making them always usable. Video recording is supported up to 720p and one can manually tap to focus while recording.

Coming to the front camera, it’s capable of taking good selfies in well-lit areas, artificial lighting, as well as indoors. The selfies usually possessed adequate detailing with good colour accuracy. In low-light and dark conditions, the moonlight flash does its job well, letting you take bright and clear selfies with a visible background. The only downside is that it allows video recording only up to 480p.

In a nutshell, the camera package on Era 2V doesn’t disappoint.

Similar to Era 3X, the Era 2V comes equipped with a 3000mAh removable battery. The battery life is good as the phone easily manages to last through the day under normal to moderate usage, involving routine tasks such as calling, messaging, accessing social media apps, music playback, and taking photos. The standby time is also decent but the battery life takes a hit while using 4G. A battery saver mode and Standby power-saving mode are included to extend the runtime. One can also restrict certain apps to run in the background and disable autostart for apps after reboot to increase the battery life. A 1.5A charger comes bundled. Overall, the battery life on Era 2V is satisfactory.

Priced at Rs. 6,499, the Xolo Era 2V qualifies as a favourable choice for first-time smartphone users looking for a budget smartphone with a good hardware and software experience. Despite being affordably priced, the Era 2V doesn’t miss out on the key essentials such as the fingerprint sensor and promising cameras which isn’t common in its price segment. The phone also delivers a satisfactory performance and battery life, all of which combined makes it a nice buy for budget-conscious buyers. Above that, the phone comes with Nougat onboard and Stock Android UI which is the icing on the cake.

How to watch YouTube videos in full screen on 18:9 display

How to watch YouTube videos in full screen on 18:9 display