This article is written by Pratyush Mittal, who runs a tumble [email protected] FuLLy-FaLtOo.com

A quick intro on how to enable Greasemonkey scripts in Google Chrome:

3) Modify the Google Chrome shortcut—or any Chrome “application” shortcuts—to include the --enable-user-scripts switch after the executable path.
The detailed procedure has been given at Lifehacker .

So here are “10 Super useful Greasemonkey scripts also compatible with Google Chrome.”Give them a try and share your favourite ones.

This is the edited version of the loved Auto Pager extension made compatible for Chrome. It automatically loads the contents of next page on forums, search engines, YouTube etc. on the current page itself.

Lifehacker team has done a wonderful job of compiling the best GMail scripts and provide you with a Better Gmail. It enhances the Gmail speed and hides the distractions to make it further more useful.

Don’t want to “Sign Up” on the sites just to drop a comment? BugMeNot script will automatically notify about the logins on the sites you visit.

As the name tells, it makes the Facebook site aad-free 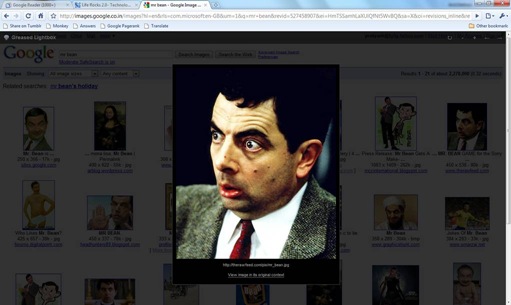 “Enhances browsing on websites that link to images such as Google Image Search, Flickr, Wikipedia, MySpace, deviantART, FFFFOUND!, and Blogger blogs. Use left and right arrow keys to cycle through images on the page.”

Want to save yourself from spending time on useless sites ? Invisibility Cloak will help you do so. Just edit the script to include the name of sites (already done for flickr and metafilter) using // @include http://sitename.com . Now save the time settings and it wont allow you to visit the site in the prohibited hours.

It filters profanity on the web pages by replacing the pre-defined list of profane words with a *** on a webpage . The list can be edited to include new words or exclude some by making changes in the script easily.

One thing that we still really miss on Chrome is the proper support of RSS. However, this script makes it easier by detecting the RSS feeds on any web page.

Did you ever accidently close the page after writing up a long text or reply on a forum ? Textarea Backup is a useful script that saves you in such circumstances. It saves the text as soon as it is changed and prevents you from retyping it by providing a backup. So if you accidently close a webpage after writing up a long reply on it, just reopen the site and the text will be there.

You can also share your ideas by writing a guest article on Webtrickz.

Online tools to check if a website/blog is safe to browse ?