Recently, the latest Windows 7 RC Build 7100 is leaked on the Internet for both x86 and x64 versions. This is the official RC build of Windows 7 that has leaked online on many torrent sites and available for download. Microsoft is expected to release Windows 7 RC Build to public on 5th May 2009.

As said previously, Microsoft asks to clean install upcoming Windows 7 RC. That’s why they have deliberately locked the option to upgrade to Release Candidate Build from previous Builds (Beta) of Windows 7.

But If you really want to upgrade to RC from previous Builds of Windows 7, then you need to follow the procedure described by the Windows team on their blog. 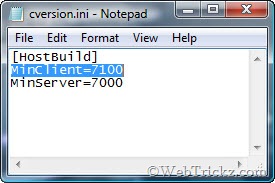 The same steps will be required when upgrading from RC to the RTM.

I’m pleased to share that the RC is on track for April 30th for  download by MSDN and TechNet subscribers. Broader, public availability will begin on May 5th.