How to Fix iPhone Stuck on Preparing Update iOS 15

The new version of iOS always gets a lot of users excited. Since the release of iOS 15, a steady stream of people has been downloading, installing, and updating the software. Users are eager to try out new features and see if some of the previous glitches have been fixed. However, the problem arises when iPhone is stuck on the preparing update screen. This situation sometimes lasts for a long time, thereby worrying most users. If you are experiencing this issue, then go through the possible workarounds listed below.

What Does ‘Preparing Update’ Mean?

Usually, a software update involves three main steps: downloading the software, preparing the downloaded firmware for installation, and then installing the iOS update on iPhone or iPad. Normally, the installation process takes around 10 minutes to complete. However, due to some potential problems, your device may take a longer time but still fail to prepare the update. At this time, the iPhone gets stuck with no obvious response.

Why Is My iPhone Stuck on Preparing Update?

Is your new iPhone 12 or iPhone 13 stuck on preparing update screen? Well, there can be several reasons that could be causing this problem. Hence, it is necessary to find what’s causing a certain problem to get your device back to normal. Let’s check them out.

Below are a few simple solutions that you can try and see if they solve your problem.

iOS devices are usually stuck on preparing update if the downloaded software is incomplete or corrupted. In this case, you should delete and remove the partially downloaded update file and re-download it again. To do so,

Your iPhone can have issues updating if your network is weak and unstable. To fix it, head to Settings > Wi-Fi and check your connection. Try switching to a stronger network and redownload the software update to see whether the problem is resolved.

This is a simple yet most effective solution to fix various iOS issues you might be having. To force restart an iPhone, follow the steps below.

Force restart iPhone 7: Press and hold both the Volume Down button and the Sleep/Wake button at the same time until the device reboots. When you see the Apple logo on the screen, release both buttons.

iPhone 6s or iPhone SE (1st gen): Press and hold both the Sleep/Wake button and the Home button simultaneously. When the Apple logo appears, release both buttons. 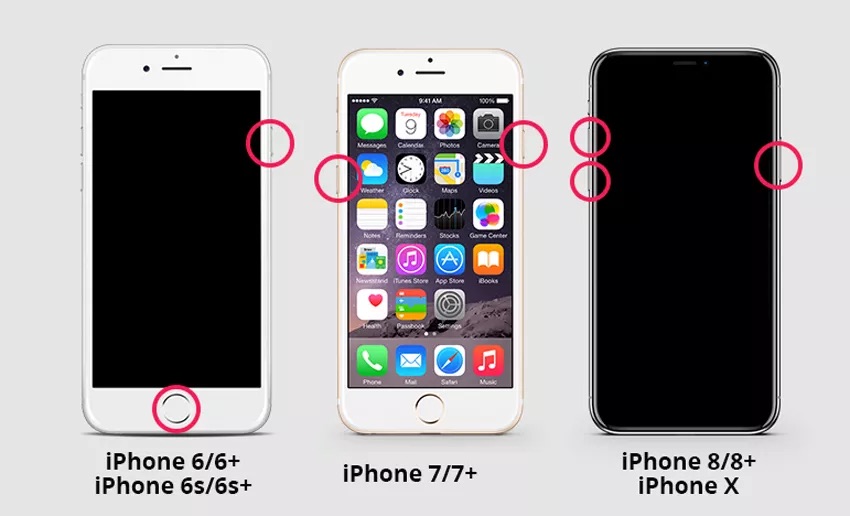 Alternatively, you can resort to iOS system recovery programs like Joyoshare UltFix to repair any glitches, crashes, and potential software issues on iOS devices. The tool can fix issues related to boot loop, black screen with a spinning wheel, screen flickering, iPhone won’t connect with iTunes, etc. Besides, it can help you downgrade and upgrade the iOS version as you want.

As you can see, the issue of the iPhone stuck on preparing update iOS 15 can be solved easily. You can first try basic solutions on your own. In case they don’t work, consider using Joyoshare UltFix – a professional iOS system recovery. It will repair your system without data loss and you can also use it to easily download or update iOS software.

How to Easily Transfer Messages from Android to iPhone

iPhone 11 Stuck On The Apple Logo? Here’s How To Fix It

iPhone 11 Stuck On The Apple Logo? Here's How To Fix It