Snow Transformation Pack is now released by Windows X’s Live, which brings the look of Mac OS X Snow Leopard to your Windows 7 and Vista desktop in a few clicks.

Snow Transformation Pack is a free and most versatile transformation pack of Snow Leopard with cooperation from many talented deviantArt artists. The program changes the look of your Windows interface to the style and appearance of Mac OS X. It is redesigned on latest update from Seven Transformation Pack branch. 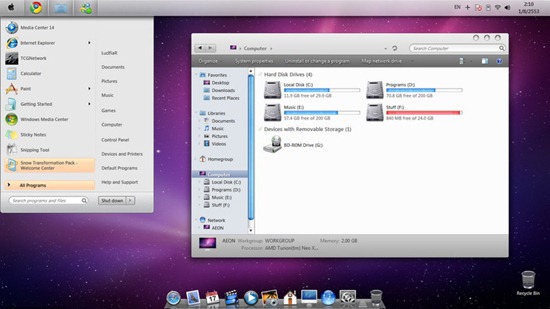 Note – Please ‘Run as Administrator’ and disable UAC before installing it.

How to Install Android 2.2 Froyo Update on Motorola Droid