How to Run your computer without a Hard disk ?

by Mayur Agarwal
in How To's, Linux

The title of this post sounds a bit astonishing but I’ll tell the trick to it. Recently, My hard drive got failed. Without HDD, I was feeling sad as I can’t work anymore and my data was lost too. So, I thought of a simple and easy way to run my PC without any hard drive attached. 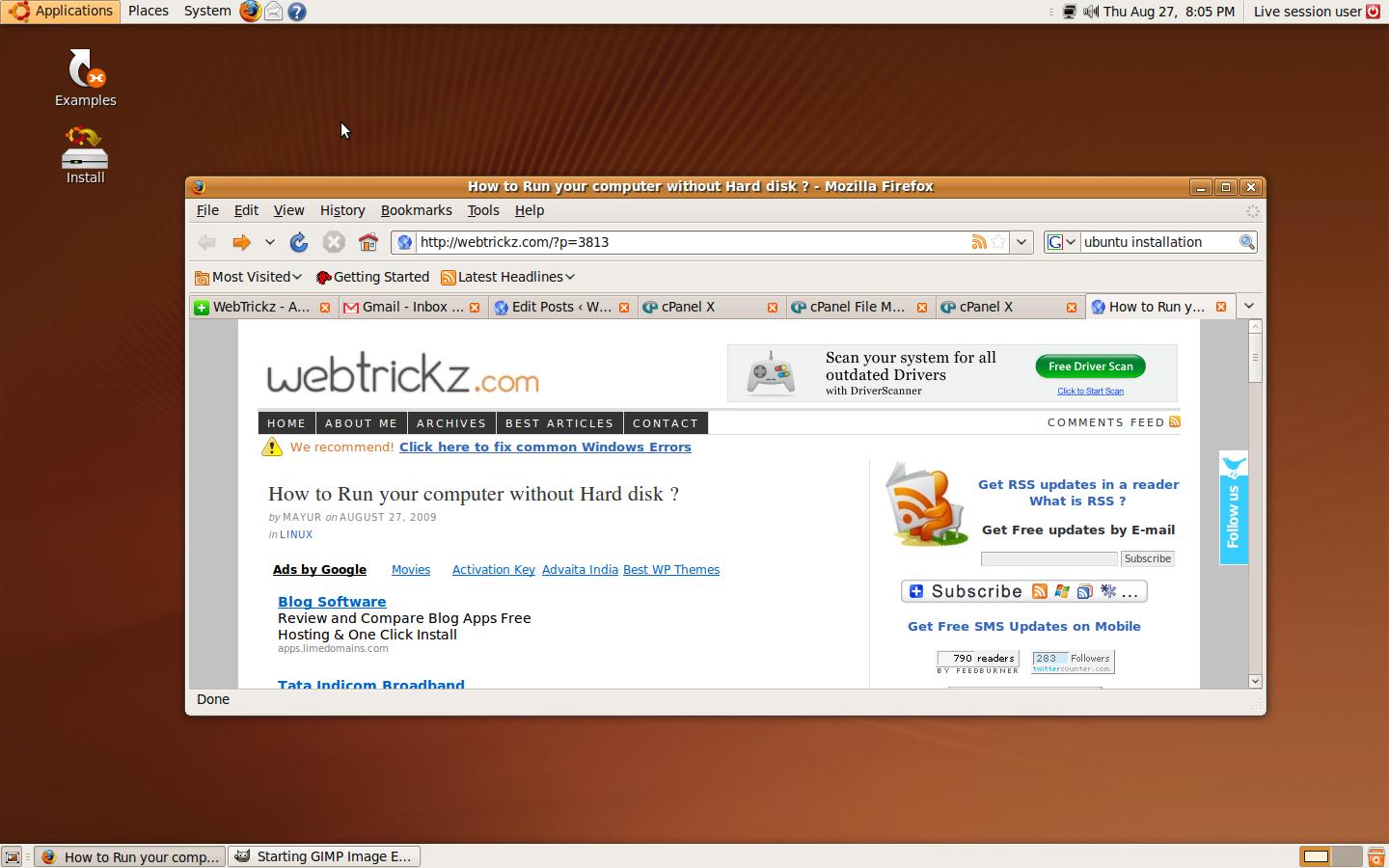 To run your PC directly without HDD, make sure you have a CD/DVD drive and Ubuntu Live CD supporting your system. After that, you need to confirm that your PC is set to boot first from CD/DVD drive in BIOS under boot priority.

Power ON your CPU and insert the Ubuntu live CD. You’ll then see a countdown window asking you to chose your preferred language. Then, Choose the first option named ” Try Ubuntu without any change to your computer ” and press Enter. Now Ubuntu will load and you can see its main window after some time. 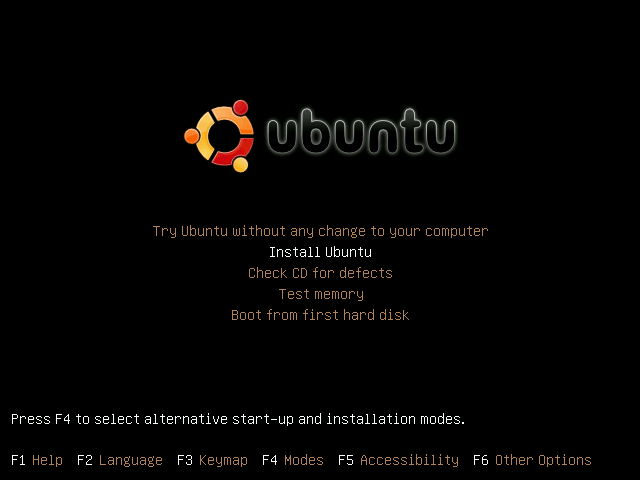 That’s it. Now you have access to major applications like Firefox browser, Open Office, GIMP Image editor, Games, Media players, and much more.

One can also save a small amount of data on Ubuntu (RAM used) but that will be wiped off after shutdown or restart.

I found Ubuntu Live OS very handy and simple to work. I’m using it for the last 16 days without any problems 😀

You can download Ubuntu for free or request a Free CD.